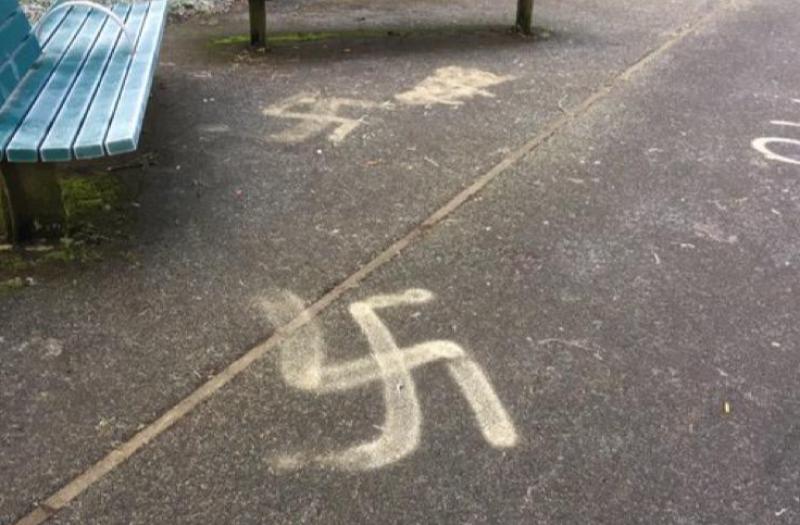 LIMERICK City and County Council has acted quickly to remove graffiti which was described as "rotten and racist".

Two symbols which reflect the logo of Germany's Nazi party were spraypainted onto the ground on the Shannon Fields over the weekend.

Labour councillor Conor Sheehan reported the issue to local authority staff on Monday morning, and within the space of three hours, the offending graffiti had been cleaned away.

The City North member praised the swift removal of the graffiti.

Of the vandalism, he described it as "absolutely disgusting and appalling and so offensive."

He feels the quick removal of offensive graffiti should be put on a statutory footing, as is the case in Dublin.

I flagged rotten racist graffiti on the Shannon Fields with @LimerickCouncil this morning. Fair play to them as council contractors were straight on site and it has now been thankfully removed.

"We have had other instances with offensive graffiti in the city. A policy has been brought in with Dublin City Council whereby it has to be removed by the authority within a time period," he said.

Cllr Sheehan said the Shannon Fields is used by many children, and families, and as a result damage like this is "something we need to be mindful of and come in very swiftly and remove it as quickly as it appears".

He reported the incident to the gardai ahead of the council clearing the site, adding: "There are cameras in the Shannon Fields. So I want to see whoever did it caught and face the full rigour of the law."

"If you think of the amount of children who walk along the Shannon Fields, espedcially primary school children, it's worrying really," he added.

A spokesperson for the council confirmed it was informed of the incident and the graffiti has already been removed.