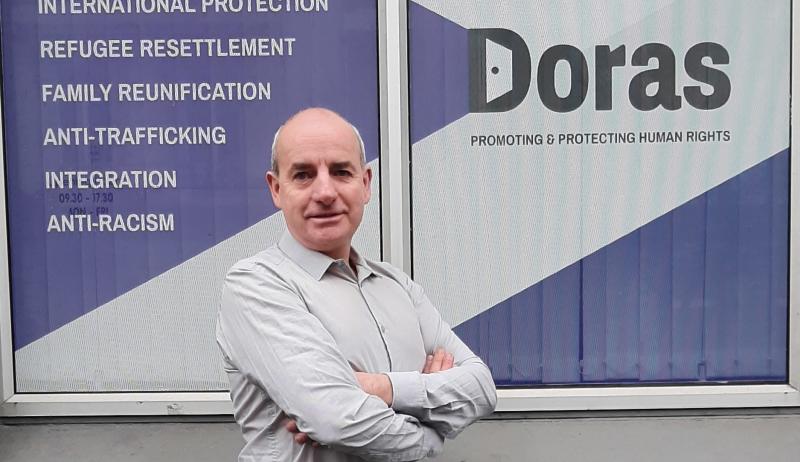 Doras CEO John Lannon, feels that urgent help is required for those in Limerick living in Direct Provision this Christmas.

A CHRISTMAS appeal is being launched for families living in Direct Provision across Limerick.

Over 300 children and adults will spend Christmas in Direct Provision centres in the Limerick region this festive season.

Doras, a Limerick-based national charity supporting asylum seekers, is encouraging the people of Limerick to support them through its annual appeal, which funds vouchers for food, clothing, and phone credit.

While the government has said it will end the Direct Provision system by 2024, urgent supports and changes are needed now, admitted Doras CEO John Lannon.

“People living in Direct Provision are especially affected. They are living in often cramped conditions away from family, friends, the people they know and love,” he told the Limerick Leader.

Many, in spite of linguistic and cultural barriers, are seeking a new life, away from poverty and persecution, he added.

“The loneliness and isolation they face, especially not knowing what their future brings, can be crippling and take a severe toll on people’s mental health.”

He stressed that this isolation is compounded by a lack of income and from being disconnected from the local community.

Doras is welcoming donations online or through phone, post, or drop-off donations to its office at 51 O’Connell Street in Limerick city.

The organisation, which was founded the same year as the Direct Provision system in Ireland, is also encouraging people to consider Doras for birthday fundraisers, corporate and workplace giving, and fundraising challenges such as marathons.

“The work we do, which supports thousands each year, relies on the support of the community. We don’t take that support for granted and want to thank everyone who has kept the doors open over the past 21 years.”

For more information and to donate see its website or GoFundMe.com.