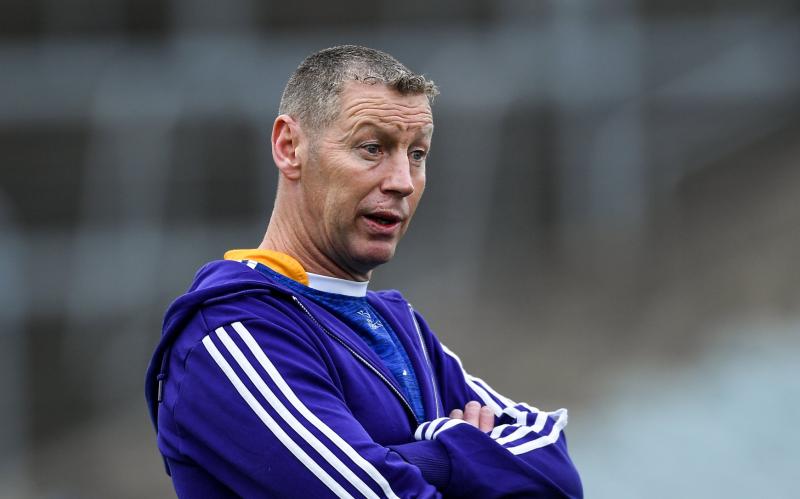 Ciarán Carey was a guest on Monday's Claire Byrne Live

A LIMERICK hurling legend turned addiction counsellor has weighed in on the cocaine crisis gripping Limerick and the rest of the country.

The three-time All-Star award-winning hurler who has been working in addiction counselling for the last 12 years, was invited to speak on the Claire Byrne Live on RTÉ One television on Monday night.

He was greeted to the programme with a stark figure on cocaine addiction treatment in his home county.

There has been a 294% increase in the amount of people attending for cocaine addiction treatment within Limerick since 2014, Claire Byrne stated.

Speaking from a ground zero community perspective, the Patrickswell man said: “The people that have been phoning me in relation to cocaine addiction, range from about 18 to 44. Cocaine has gone to a level that I have never seen before in the last 12 months. It’s ripping families asunder. There is a huge gap for people that are trying to get into treatment centres.”

He mentioned his outpatient treatment programme, which he has been running from his MyMove Counselling service in Castletroy.

This programme doesn’t just facilitate the individual experiencing addiction, he said, but also extends a helping hand to their families.

“People don’t think about the family members, but they can get equally as sick as the individual who is in active addiction," said Ciaran who went on to acknowledge its presence in all levels of local and national sporting clubs.

“Cocaine has no boundaries and it’s hitting every sector of this country.”

Sunday World investigative journalist Nicola Tallant closed off the conversation by stating that the demand for cocaine in Europe is incredible and likened it to a “tsunami” that is “going to get worse.”

She also pointed to the importance of treatment programmes run by trained psychotherapists and counsellors like Limerick legend Ciaran Carey, conceding that not enough funding is earmarked for these services.