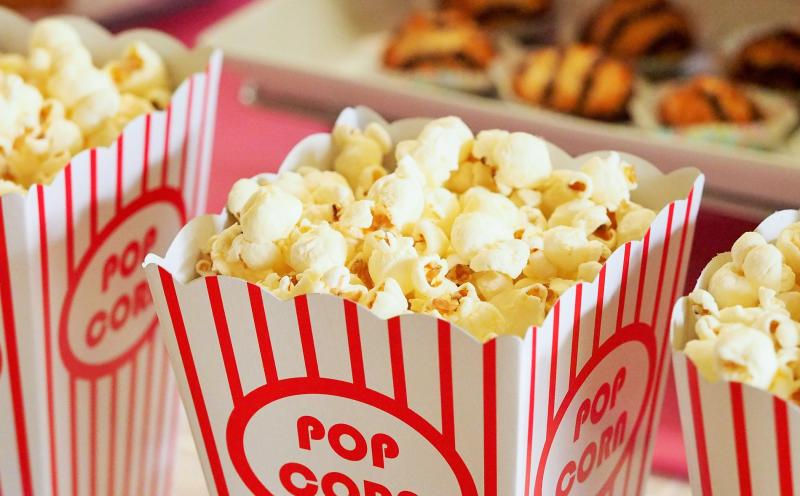 Young Regan hasn't been feeling well lately and her mother is worried. Is her condition physical or psychological or is it anything to do with those weird noises in the attic? The Exorcist is 48 years old and it is still a petrifyingly effective watch. Committed performances from Ellen Burstyn, Linda Blair, Jason Miller and Max Von Sydow keep the whole enterprise grounded even when it threatens to spin off the planet.

In 1962 a prisoner called Frank Morris was sitting in his prison cell on Alcatraz island and he had itchy feet. He had a plan but was it a clever one or a one way ticket to a watery death. Don Siegel's 1979 thriller is an entertaining watch, lean, taut, tense and darkly humorous in places. Patrick McGoohan's prison warden is a vile piece of work and Clint Eastwood as Frank does his cool as a cucumber routine to fine effect.

Trauma has shaped her past and Sarah wants to build herself a new future. Now she's living a quiet rural existence with her son Chris but lately he's been acting differently and an encounter with her strange neighbour puts the fear of god into her. Irish horror films are a rare breed and this 2019 is a fine example of them. A suspenseful and quite unnerving story powered by a fine turn from Seana Kerslake.

After a bank robbery planned and carried out by their husbands goes disastrously wrong a group of women in debt up to their eyeballs decided to try crime themselves. But factions on both sides of the law are putting them in danger. Steve McQueen's blend of action, tension and social anxiety is a bit silly in places but when it gets going it REALLY gets going. Viola Davis, Colin Farrell, Elizabeth Debicki, Carrie Coon and Daniel Kaluuya lead a truly stacked cast.

A documentary crew films the lives of a group of vampires in a house share in Wellington, New Zealand. Sounds odd right? It is but it's also so much fun. A laugh out loud comedy in parts that's sprinkled with some surprisingly bloody horror, a touch of commentary on modern life and even a smidge of pathos. Jermaine Clemant and Taika Waititi (also the director) are perfect as two of the main vamps. Give this a go.

Silver Shamrock masks are the must have item for kids all over America this Halloween but there's something very sinister about them and Daniel Challis is on a journey to figure out what. The third part of the Halloween franchise took a sharp left turn away from the usual stalk and slash rigmarole and it's all the better for it. A bizarre, violent, creepy watch with a dash of celtic mysticism for flavouring. Tom Atkins and Ireland's own Dan O'Herlihy have fun here.

Stockholm, 1982. A boy called Oskar is having a tough time with bullies. He makes friends with a new neighbour called Eli, a quiet and peculiar girl. They build a close bond but she doesn't come out during the day. Ever. A magnificent horror film from director Tomas Alfredson with a climax that might possibly stay with you forever. Kåre Hedebrant and Lina Leandersson are an affecting duo. BTW if you aren't a fan of cats, you might want to avoid this one.

One of Alfred Hitchcock's darkest tales here in the story of a woman who can't quit her habit of stealing and lying & her husband who tries to cure her of her ways. A troubling film that hasn't aged well in places but it's still absolutely compulsive viewing that all the requisite what's?? and huh's?? that you'd expect from Hitchcock. Tippi Hedren in the lead role of Marnie is superb as is Sean Connery who took a break from Bond to make this.

Hildy's a reporter. Walter's her boss. Hildy wants a divorce from her husband. Her husband Walter. Hildy wants to remarry. Walter is appalled at the idea. This is fantastic fun, a classic from the Golden Era of Hollywood that's filled with imminently quotable dialogue, stellar turns from Rosalind Russell and Cary Grant and it all moves so fast you won't be able to look away from the screen for a second.

Two estranged brothers torn apart by their broken family find themselves on a collision course in a mixed martial arts tournament. Gavin O'Connor's family drama is a pulverising watch, packing a punch as strong as anything thrown in the excellent fight scenes. The acting is top notch too with Tom Hardy and Joel Edgerton in fine form. Plus it's always a treat to see Nick Nolte on screen as the father who let them both down.

Lili Smith, singer extraordinaire. Beloved by the English troops she inspires during World War One. Little do they know she's also a rather successful German spy, not above using her feminine wiles to gather information from the diplomats she meets. A big, broad, brash, bizarre hybrid of war film, thriller and musical that's not always successful but it's always interesting. Julie Andrews and Rock Hudson work well together.

Brighton Beach, Brooklyn. 1988. Two brothers on either side of the law find their lives changed for the worse by their dealings with the Russian mafia. James Mangold's crime drama is in my opinion one of the most underrated crime dramas of this century. A nail biting thriller and an intense family tale and all based on an (almost unbelievably) true story. Mark Wahlberg, Joaquin Phoenix, Robert Duvall and Eva Mendes are firing on all cylinders here.

Jackie Kennedy finds her dream of Camelot shattered on a November Day in Dallas and it's everything she can do to stay upright afterwards. Natalie Portman is on fire as the personification of dignity in the aftermath of trauma. Not a watch for everyone but it's impeccable filmmaking. Peter Sarsgaard, Greta Gerwig, Billy Crudup and the mighty John Hurt (in his last non posthumous performance) all do powerful work.

An intense story of obsession sees a detective hired to investigate a woman who he soon becomes consumed by. One of Alfred Hitchcock's many masterworks and maybe even the best of them. It's wonderfully brought to life by Kim Novak & James Stewart with assured direction from the man himself and full of complexity and twist and turns. 16.20 is an odd time for it though, this is a film for a dark evening with a glass of something strong.

For A Few Dollars More

A bounty hunter by the name of Manco is chasing a gang lead by El Indio, a vicious bandit. He teams up with another hunter called Mortimer. Manco's out for money but Mortimer has his own reasons. The second film in Sergio Leone's Man With No Name trilogy is a masterpiece. A quirky, darkly humorous and surprisingly vicious spaghetti western. Clint Eastwood does his laconic thing well while Lee Van Cleef creates something iconic.

Reed is off on a business trip. Well that's what his family think anyway. He's really out to murder someone and the sex worker coming to his hotel room seems like the ideal victim. Only she's no victim and he's ....... to say more would take away from this brilliantly crafted, stylish slice of Dario Argento inspired madness. It's not for the faint of heart but man it's a satisfying watch. Mia Wasikowska and Christopher Abbott do wicked work here.