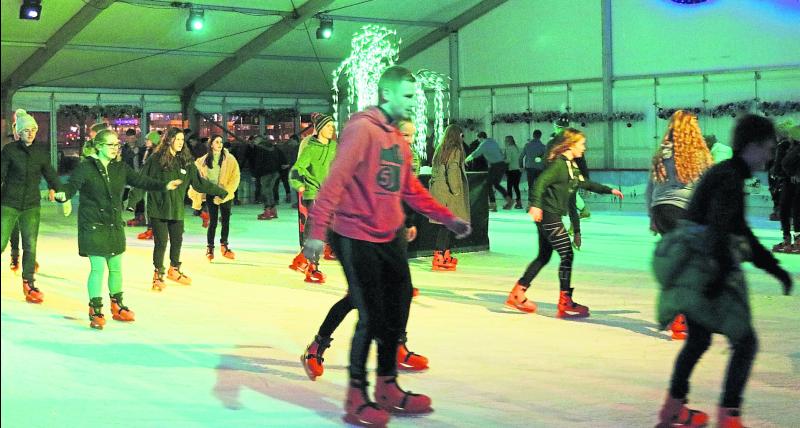 A POPULAR Limerick Christmas tradition has put the brakes on for insurance reasons.

After 17 years, Limerick On Ice will not be appearing in the city centre this festive season. Up to 45 people worked on the annual event and thousands of people enjoyed the facility each year which also increased footfall in the city centre.

Founder Fran O’ Donnell informed the Limerick Leader that the insurance underwriters have decided that "they have no appetite for the leisure market in Ireland anymore".

He said: “At Limerick On Ice, over 45 people employed here won’t have any work this Christmas. We usually draw in excess of 30,000 skaters and an additional 8,000 people who come to view the sport.

“This has the knock-on effect of reducing the footfall into the city - people who come not only to skate but to shop, eat and drink and spend money in our local economy.”

Mr O'Donnell pointed out that parents of children with additional needs will also be at a loss, having previously availed of special needs time.

"This was when parents could bring children of special needs and let them experience the magic of going on the ice," he explained. "Wheelchairs could be brought on to the ice and the ice marshals would take turns in wheeling them around the rink. All special needs were catered for during these events."

Each child also received a photo, and a goody bag and Santa would always put on his skates for these very special guests.

The event was free for all attending and Mr O'Donnell stated that this was really the "magic of Christmas" for him.

With visitors from over 30 countries between the ages of six to 80, there will be a quietness in Arthurs Quay this Christmas where the skating rink would traditionally be located.

Mr O'Donnell saidhe had plans in place to ramp up safety protocols when reopening this Christmas, following a forced closure due to Covid last year.

“Limerick on Ice has a 100% safety record but still the insurance companies just don't want to know about Ireland. Something needs to be done to bring normality back into the insurance sector which is currently closing businesses down,” he commented.