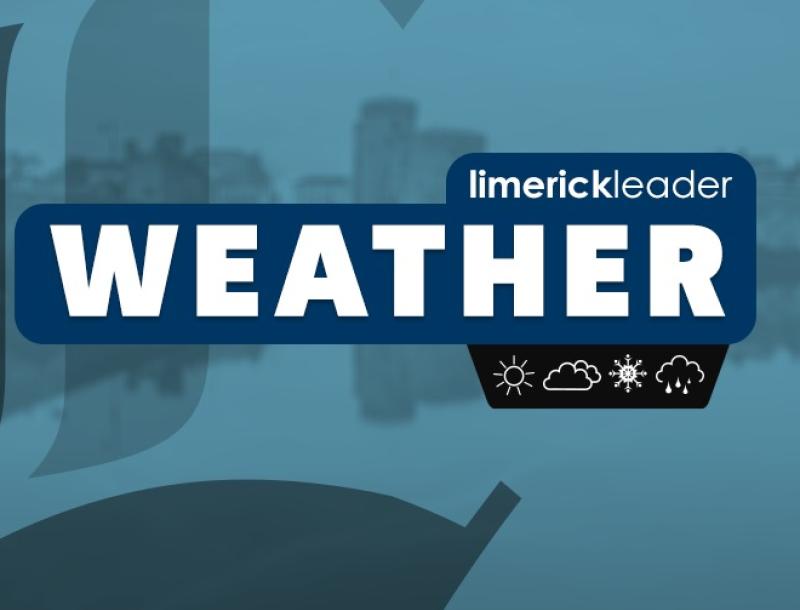 It will be mostly cloudy on Tuesday in Limerick with scattered thundery showers and just a few bright spells. The showers may merge to longer spells of rain at times also. Cool, with highest temperatures of 11 to 14 degrees in moderate to occasionally fresh southwesterly winds, veering westerly during the afternoon.

TUESDAY NIGHT: Showers will largely become confined to the west and north coasts, with good dry clear spells developing elsewhere. Quite cool in mostly moderate westerly winds with lowest temperatures of 5 to 9 degrees.

WEDNESDAY:
The morning will be mostly dry with good sunny spells and just the chance of some patchy drizzle along the northwest coast, Cloud will increase from the west during the afternoon with some patchy drizzle extending inland. More persistent rain will push into the west during the evening. Highest temperatures of 11 to 15 degrees as moderate westerly winds back southerly and ease light to moderate by evening.

WEDNESDAY NIGHT: Wet and blustery conditions will extend from the Atlantic overnight with some heavy burst at times. Clearer spells and showery conditions will reach the west coast by morning. Lowest temperatures of 7 to 11 degrees as southwesterly winds increase moderate to fresh, becoming strong near coasts.

THURSDAY: Hazy sunny spells and scattered showers in the morning, however a spell of more persistent and occasionally heavy rain will extend from the west during the afternoon. Highest temperatures of 14 to 17 degrees in moderate to fresh west to southwest winds.

THURSDAY NIGHT: Rain will clear southern areas early in the night with scattered showers and clear spells following, while the rain will gradually clear northern parts later in the night. Lowest temperatures of 8 to 11 degrees in moderate to fresh southwest to west winds.

FRIDAY: Good sunny spells on Friday with scattered showers mainly confined to western coastal counties, some of these showers will be heavy or thundery at times. Highest temperatures of 11 to 14 degrees in mostly moderate west to southwest winds.

FURTHER OUTLOOK
The weekend looks to remain blustery with further showers or longer spells of rain mixed in with some bright or sunny spells at times.