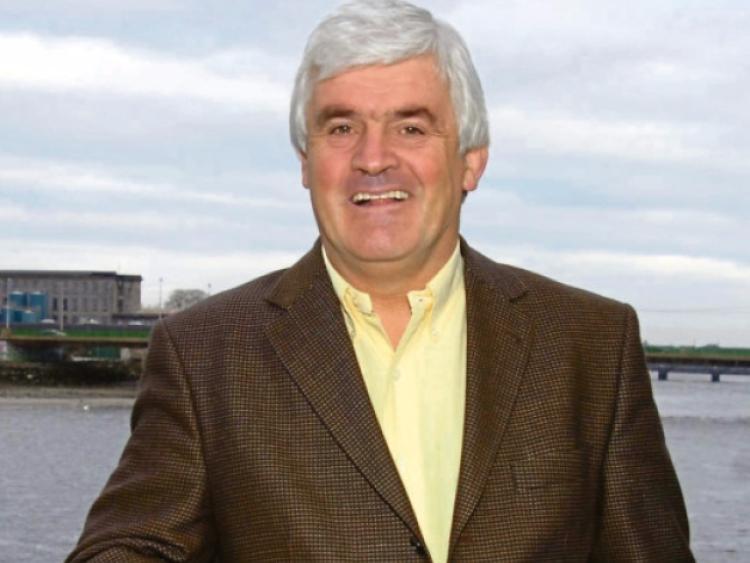 THIRTY-FOUR investors from Limerick and across the country who claim they were given personal guarantees by property developer and former Irish rugby team manager Pat Whelan over a €13.4m property investment scheme in London are renewing their High Court action against him.

THIRTY-FOUR investors from Limerick and across the country who claim they were given personal guarantees by property developer and former Irish rugby team manager Pat Whelan over a €13.4m property investment scheme in London are renewing their High Court action against him.

The plaintiffs, who invested various sums of money between March 2007 and April 2008, ranging from a few thousand euro to six figure sums, are hoping to recoup some of their losses from a venture, which they say was “way too good to be true” and which was pitched in the run-up to the 2012 Olympics in London.

The case was listed in the High Court on December 18 last, and all 34 plaintiffs are being represented by Sweeney McGann solicitors in Limerick. No date for hearing has been set yet.

“I know there are a number of people, myself included, who are taking an action with a view to recovering some funds from Pat Whelan,” said one investor, who didn’t wish to be named.

“What we can probably expect out of it is little, but at least I’ll know I’ll have gone to the end of the earth to get something back. I figure I was hard done by because personal guarantees were given, and these were all reneged on. I would never have gotten involved if there weren’t personal guarantees given. The investors were asked to provide investment for a temporary capital arrangement. A lot of people thought they were getting into just for a short while for the sake of making a few bob. In hindsight, maybe we were a bit gullible. If the return was going to be that good, why didn’t they find the money themselves?

“The proposal seemed very good. It was a bunch of Irish guys who put together a very good proposal, but were a little bit out of their depth, especially with delays in planning in London and then things started going sour in Ireland. They obviously felt they could deliver on it, but they couldn’t. I think a lot of it went down to timing,” he said.

The case previously appeared at the Commercial Court in 2010, and at that time more than 60 investors were involved in the High Court action against Pat Whelan and his business partner Pat Chesser, an auctioneer based in the city. Mr Chesser is not listed as a defendant in the latest action.

At that time, former Irish rugby player Paul O’Connell was among those taking a case against the Limerick duo. His name does not appear in the latest list of plaintiffs as it is believed he has settled his action.

The investors were asked to invest in €13.4 million “mezzanine” finance scheme provided for a property development at London’s Earls Court. Some €1.84m of the overall sum of €13.4m arose from people’s pension schemes.

When last in court, Mr Justice Peter Kelly adjourned the case to facilitate talks between the sides, and it had been reported that an agreement was settled out of court. However, some of those who settled out of court told the Limerick Leader previously that they only recouped 20% of their original investment.

But another investor told the Leader this week: “None of us got sorted. I’m surprised there’s only 34 on the list. There was a huge amount of Limerick people who invested, and they are all known personally. I just want my money back from Pat Whelan, and whether you invested €300, €3,000 or €300,000, it’s irrelevant. I happened to get sucked into it. It was meant to be a two-year investment, and the return was significantly more than what the banks were offering at the time.”

In some cases, two or three members of the same family invested money.

Mr Whelan, 61, of O’Connell Avenue in Limerick city, is listed as a director or former director of 41 companies, of which 14 are operating normally, six are in receivership, and 20 have been dissolved. He did not wish to comment when contacted by the Limerick Leader on these issues.

Mr Whelan, who earned the title of Limerick Person of the Year in 2008, was also the chairman of the redevelopment committee behind the €40m transformation of Thomond Park.

He has been in discussions with the National Asset Management Agency (Nama) regarding business plans for Steamboat Developments Ltd. A receiver was appointed to part of the property of the company, but not the whole company, in 2013. That company was behind the construction of the Clarion Hotel in Limerick.