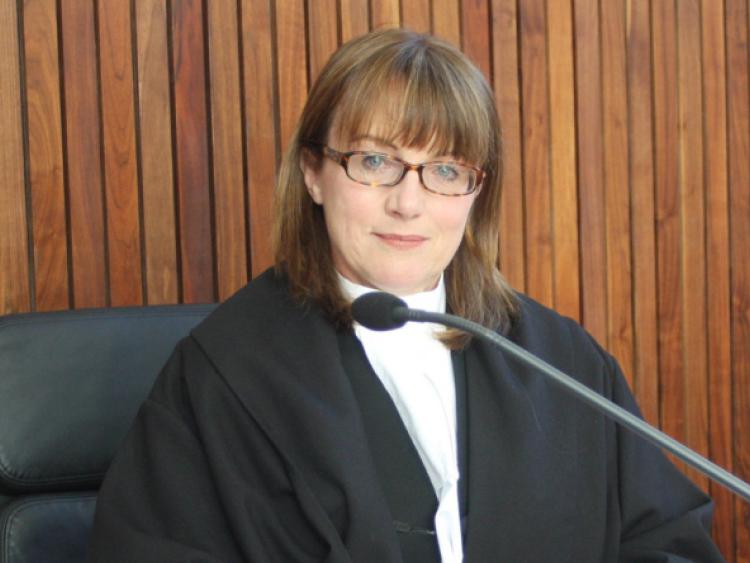 JAIL sentences of one and two weeks were handed down to five different sets of parents this Tuesday when they were convicted of failing to send their children to school.

Four of the cases involved Traveller families in Rathkeale while the fifth was described as from a settled Traveller background in Abbeyfeale. In all cases, the parents had been served with an enforcement notice before being summonsed before the court.

The court heard that one girl, had only attended on two out of 75 days since she began third year last September and in the previous school year, she had been absent on 128 out of 164 days. The girl hadn’t been in school even when the family were not travelling and had returned to Rathkeale, an inspector with the the Child and Family Agency told the court.

“There were a lot of weddings,” solicitor Michael O’Donnell told Judge Larkin.

“It may not seem a very good excuse for not sending a child to school.”

“We are Traveller people. I have to go where my husband goes. We can’t stay here,” the girl’s mother told the court.

She said that anywhere she went, she tried to get her children to school.

“I would love to give them the education I never got,” she said.

However, she admitted that there had been about 20 weddings since they had returned to Rathkeale on Dember 7 or 8 and had daughter had been at all of them.

She said however that when they returned to Rathkeale in December she herself had gone to the school, her daughter had gone for assessment but the following day they were on holidays.

Pleading for his clients, Mr O’Donnell said: “They do genuinely travel a lot. It is not an excuse.”

“The law is the law,” the Judge responded. “These people are clearly in denial. They are prepared to send their children to parties every night but they do not arrange for them at attend school.”

In another case involving a 13-year-old in second year, the court was told she hadn’t attended once this year and had been absent on 130 out of 164 days while in first year. The parents hadn’t attended meetings set up by the Child and Family Agency’s inspector, the court heard. But their solicitor Michael O’Donnell said they were leaving for England and would set up the child in school there.

“You cannot expect a rational person to believe they are going to do this now when they could have done it three years ago,” Judge Larkin said. “I don’t accept this.”

She described the level of absenteeism as “egregious”.

“The law is very simple. Everyone in this area must know what the law is now,” the judge continued and she sentenced each parent to one week’s imprisonment each but allowed recognizance with leave to appeal on their own bond of €300.

“My heart is bleeding at the moment,” the mother of a 13-year-old boy told Judge Mary Larkin. But she said her son, who is in sixth class, refused to go to school. He has not attended once in this school year and had been absent on 171 days out of 183 the previous year.

“He says he is not going because the rest of his friends are not going,” his mother said. “If it was my will I would put him to school every morning.”

Her son was very bright, she added, and went off at times with his older brother.

“With the Traveller people, when it comes to 12 or 13 they don’t want to go to school any more.”

There had been a previous conviction against the parents for not sending the boy to school, Mr O’Donovan informed the court.

“Did you not realise this thing had got seriously out of control and you and your husband are in a position of extreme danger?” he asked. And he pointed out that, if the letter of the law were to be applied and the fine for each day of absence was imposed, she and her husband faced a fine of €67,000.

The mother said she had gone to the school and to the gardai to try and find a solution. She had done her duty, she said.

But Judge Larkin rejected that.

She said she found it extremely sad and personally distressing that children were being denied an education. And she expressed amazement that “one sector of the community” believed their children didn’t need what parents and children in other parts of the world would give their eye-teeth for.

“I am sure Pavee Point who represent Travellers would also agree that education is extremely important for Travellers and their children,” the judge added.

She imposed a two week jail sentence on the child’s father and a one week suspended sentence on the mother but fixed recognisance with leave to appeal on their own bond of €500.

In the case involving a 15-year-old boy from Abbeyfeale, the court was told that he had not attended school at all this school year and had missed 131 was refusing to go to school and that his mother was concerned about his mental health.

The parents had made efforts to get their son to attend, their solicitor Robin Lee said but the CFA inspector said they had not maintained contacted or made contact with the school.

The boy’s father told the court his son had started off fine in first year but then didn’t want to go anymore. When they asked was he being bullied, the boy wouldn’t say, the father added. The boy stayed at home, mostly inside, he said.

Mr Lee accepted that the family had not fully utilised the services available to help the family but said there was a firm willingness to break out of the impasse.

But Judge Larkin said she didn’t accept that any serious attempt was being made. “I am not satisfied with the explanations being given,” she said and she imposed sentences of one week in jail on each parent but allowed recognisance with leave to appeal.

“Maybe the message will go out from here today that children have to go to school,” the judge concluded.