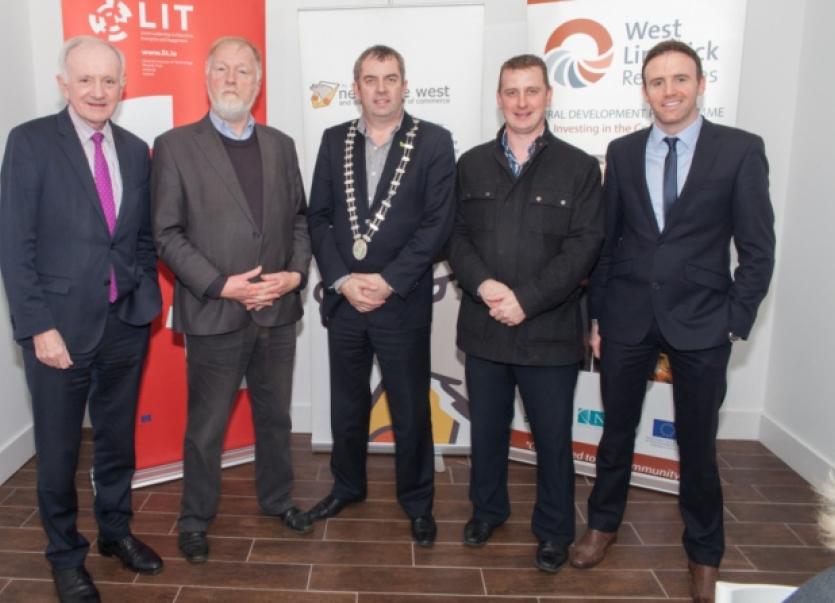 MAYOR Liam Galvin has definitively ruled himself out of the race to select the Fine Gael team in the Limerick county constituency for the next general election. But Cllr Tom Neville has confirmed this Wednesday he intends seeking his party’s nomination as a candidate.

MAYOR Liam Galvin has definitively ruled himself out of the race to select the Fine Gael team in the Limerick county constituency for the next general election. But Cllr Tom Neville has confirmed this Wednesday he intends seeking his party’s nomination as a candidate.

Meanwhile, sitting Fine Gael TD, Patrick O’Donovan intends to call personally to all the 1000 or so party members in the constituency in a bid to ensure they select him as a candidate at the convention on September 21. He wants to convince members not to listen to those who are saying he will be safe on the night, he told the Limerick Leader.

“I certainly have ambitions for the Dail but this is not the time,” Mayor Galvin told the Limerick Leade this week.” I will not be contesting the convention. I gave a commitment to my supporters and the elected members that I would be giving 100% to the Mayoralty, which I was delighted to get.”

But his colleague, Cllr Neville, has already begun his campaign just one week after his father, Dan Neville TD announced he would be stepping down at the next election.

“I have written to all the members of the party in the constituency and I am putting my name forward for convention and hope to be part of the Fine Gael team to go out and fight the general election and retain the two seats.

“It is up to the members to decide who they feel is the strongest team,” he said. But he acknowledged it would be a difficult decision for members to make. “I feel I have the experience and the political knowledge and am in the best strategic location in order to maintain our seats.”

The Cappamore-Kilmallock councillor was added to the ticket in 2011 and received 4,152 first preference votes. “At the end of the day, it is vital we have a candidate in the east, not only from the point of view of the Fine Gael ticket but also from a representational point of view,” he said.

“It was vital in the last election to have a candidate in the east. It worked well to our advantage and played a huge part in us getting two seats. It would probably be prudent to have three candidates.”

Meanwhile, Deputy O’Donovan has embarked on an extensive campaign of personal calls which will take him into almost every corner of the county, from Glin to Glenbrohane, but he feels it is necessary.

“The difference now is I am seen as the person who is safe which is the worst possible thing in politics,” he said. “I am not taking anything for granted. I need their support.”

Cllr Jerome Scanlan, Newcastle West, is also seeking members’ support to be a general election candidate but Cllr John Sheahan, who is based in the Glin area, has yet to decide about contesting the convention. “It is still under consideration,” he said this Wednesday. Cllr Sheahan ran in the Kerry North Limerick West constituency in 2011.

Meanwhile, Mayor Galvin has warned about the potential for disaster, and cited the 1987 election when the party stood three candidates but lost out completely.

“There is a great possibility of winning the two seats now,” he said, “but if we don’t get our house in order we could end up with very little. If it is a thing that Patrick O’Donovan is beaten at convention what are we going to do? Add a sitting TD to the ticket? We need to get our house in order.”

September 4 is the deadline for nominations and the convention will take place in the Dunraven Hotel, Adare, on September 21.