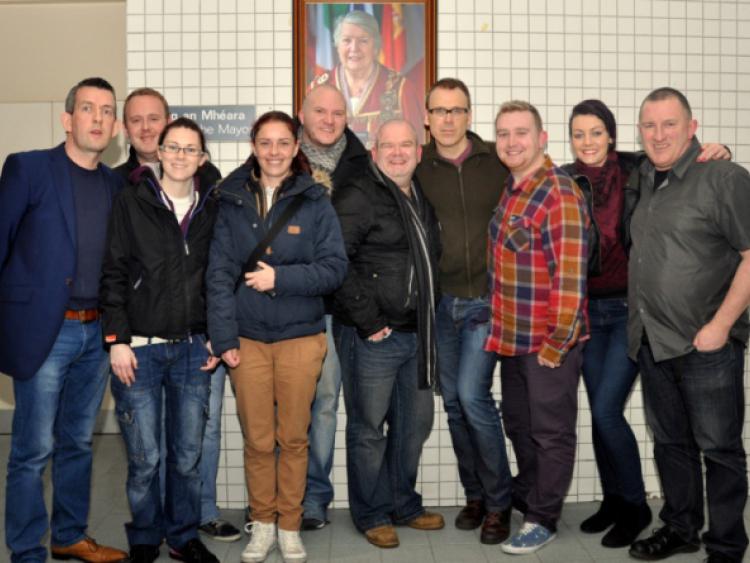 THERE was a strong turnout at City Hall this Monday evening, as Limerick City Council lent its support to marriage equality.

THERE was a strong turnout at City Hall this Monday evening, as Limerick City Council lent its support to marriage equality.

Limerick followed in the footsteps of Belfast and Cork in lending its support to same-sex partnerships.

The motion proposed that the council would welcome the announcement by Government that a referendum will be held in 2015. It added: “Limerick City Council supports marriage equality for same-sex couples and hopes such an outcome is reflected in the referendum.”

Cllr Quinlivan said in advance of the motion: “As an Irish Republican, I look to the 1916 Proclamation as the template for equality as it says ‘to cherish all the children of the nation equally’. Nowhere does it say we must treat gay children, black children or disabled children differently. This is why I’m proposing the motion.”