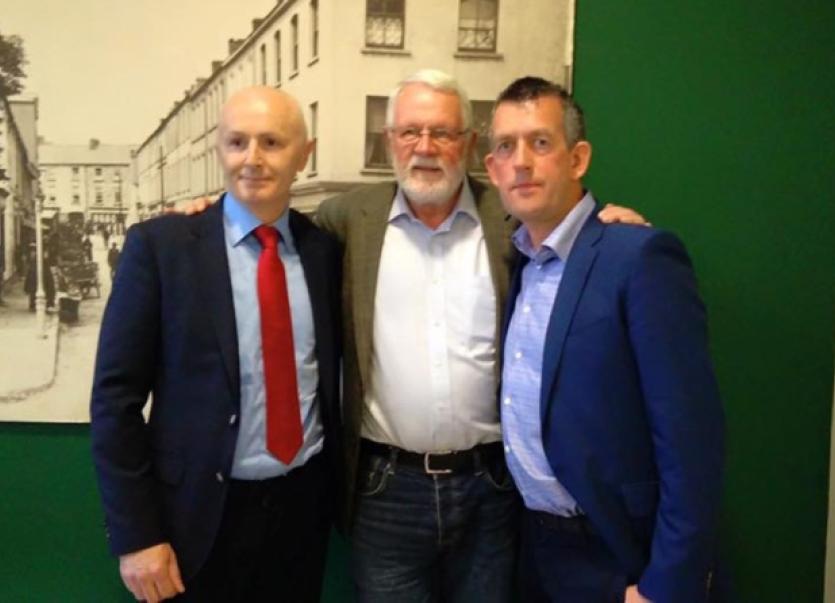 SINN Féin is preparing for a November general election, Martin Ferris, the party’s TD for Kerry North and West Limerick declared this week.

SINN Féin is preparing for a November general election, Martin Ferris, the party’s TD for Kerry North and West Limerick declared this week.

Deputy Ferris was speaking at the party convention held in Newcastle West which selected Cllr Seamus Browne from Abbeyfeale as its general election candidate for the newly established Limerick County constituency.

“We have to be prepared for a November election,” he told the Limerick Leader. “Enda Kenny says he is going the full term but we have to be prepared.” It wasn’t ruled out that the Government would go an election on the back of the budget, he pointed out. And he reckoned the party could get around 20% of the vote. “We have 14 TDs now. We think if we get over 25 it will be a good election.”

“I do believe after the election, Sinn Fein will be largest anti-austerity party. We will hopefully have a very strong mandate from the people. We are offering an alternative.”

But, in a further conversation some days later, Deputy Ferris rejected Deputy Niall Collin’s assertion that Sinn Fein was a cult. Deputy Collins also ruled out any coalition between Fianna Fail and Sinn Fein.

“It is a bit silly of Niall Collins to make comments about Sinn Fein. He should look at the record of his own party and what they have done to this country and in particular to the young people of this country. Half a million young people have left this country since 2007 because of the economic policies of Fianna Fail.”

He went on to say that Deputy Collins had an “insatiable appetite for publicity”. “I don’t think anybody takes any notice of the content.”

On the issue of any coalition, Deputy Ferris said Sinn Fein would not be part of a coalition led by Fianna Fail, Fine Gael or Labour. But he stressed that it would be the party membership who would decide on any coalition arrangement, be it a Rainbow or two-party coalition.

“At the moment, I don’t think ordinary people, those devastated as a result of Fianna Fáil’s time in government, are very interested in political gossip surrounding future coalitions,” the newly selected candidate, Cllr Browne said, stressing that it would be the people who would ultimately decide.

“Niall Collins would be better off helping to develop a policy platform for his party rather than engaging in petty silly-season attacks on Sinn Féin, The much vaunted Fianna Fáil renewal hasn’t happened and the party has become increasingly irrelevant with a stale brand of politics,” he said.

Speaking at the Sinn Fein convention, where he was selected unopposed, Cllr Browne said that winning a seat for Sinn Fein would require a massive effort. “We will have to fight hard for every vote.” The economic recovery boasted about by the Government was not a fair one, he said and people in rural Ireland are “sick of being treated as second-class citizens, fed up with under-investment and angry at the lack of jobs and opportunity. The type of country I want to see is based on the right to decent work for decent pay, access to first-class public services, affordable childcare, abolition of water charges, a fair tax system and advancing the all-Ireland economy for all our benefit.”