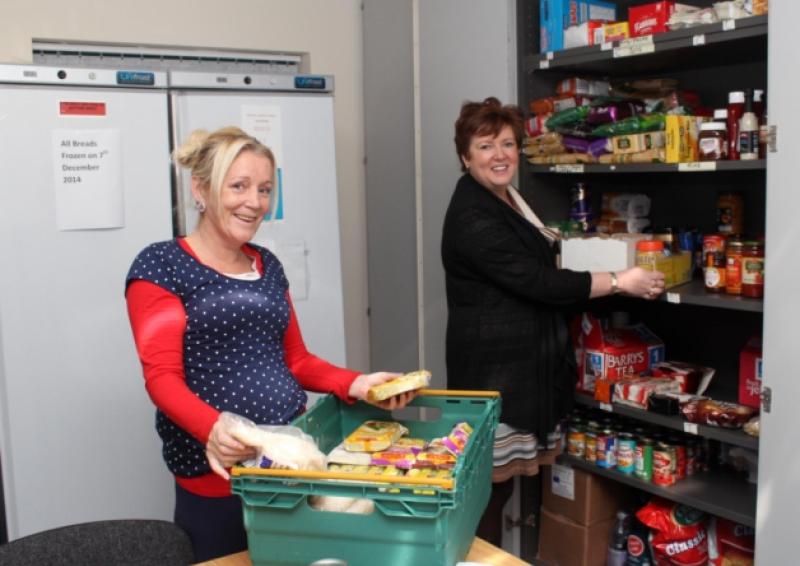 AFTER 18 months of residing in a homeless centre, Liz O’Sullivan is back on her feet.

AFTER 18 months of residing in a homeless centre, Liz O’Sullivan is back on her feet.

The causes of homelessness are well established – addictions, marital breakdowns, and a litany of other personal and familial problems. For Liz, it was the tragic and inexplicable death of her 16 year-old daughter Shauna, “a bright, bubbly and mature girl”, that left her bereft and unable to cope.

On April 24, 2013, Shauna’s body was found in the canal behind the Emo station on Clare Street.

An inquest into her death recorded an open verdict, but her mother is still searching for answers.

She left her home in Johnsgate, and spent nearly 18 months in Thomond House, which provides up to 24 beds and places of emergency accommodation and support services for women over 18 years who are “at risk” and homeless.

“I just shut myself off from everybody and needed to be alone,” Liz, 44, whose two other children are grown up, told the Limerick Leader.

She went to numerous agencies in the city in an attempt to be rehoused, and eventually she found her best fit – the Mid-West Simon Community, located on Steamboat Quay.

“I was afraid of being knocked back again, but they weren’t like other offices, they were so warm and welcoming. Within a week they had a place for me, it was a totally different experience,” she explained.

Liz now has a one-bed apartment in a house for three residents located near the Redemptorists Church, and has been living there for the past two weeks.

Speaking in their offices, even the mention of her new home brings a smile to her face, and one day she would like to assist an organisation like this to help others, just as they helped her.

When she approached one centre for the homeless they wanted to place her in accommodation overlooking Thompson’s funeral home, but she said she couldn’t bear this grim reminder. Now, in her new location she can light candles in her daughter’s memory.

Her apartment has been painted, and she has given it her own personal touch.

For the first time in a long time she feels she has finally found a place she can call home, and she can stay there for as long as she wants.

With her accommodation secure, she can now turn her attention to seeking work. “I need to occupy my mind and keep going. Shauna wouldn’t have liked me to lay down and die,” she said.

The Mid-West Simon Community have about 10 housing units in Limerick – some are one-bed, others two-bed, and some cater for families. But a spokesperson said they need an awful lot more, “about 100” to cope with growing demand.

“There is a huge need for this type of work; putting people into private rented accommodation isn’t always the answer, as they can’t cope with the bills. On top of that the standard of accommodation is very bad in the city, and many landlords won’t take rent allowance,” she said.

The Mid-West Simon Community do not receive any Government funding, and are reliant on grants, following successful applications, and hugely from donations from the public.

They recently rehoused one woman and her five children in an apartment in Mount Kennett, which wasn’t ideal, she said, but it was better than what they previously had.

Prior to that they spent a month and a half in a hotel in the city, as directed by the Homeless Action Team, when no other suitable accommodation is available.

The charity has started a Deposit Loan Scheme, due to the number of people struggling to afford the first month’s rent and a deposit in one lump sum, which can often amount to €1,200.

To help people in this situation they are offering to pay the deposit, and those who avail of this can repay it at a sum of €10 a week. “Nobody wants a hand-out and people want to maintain their dignity,” said a spokesperson for the group. Since they started this initiative, 52 adults and 52 children have benefited.

This week, Limerick City and County Council released figures showing that emergency accommodation was provided to 205 people in the week up to and including Sunday, December 14.

While acknowledging that the number of people sleeping rough throughout Limerick is “significantly lower” than other urban locations in Ireland, the council’s Homeless Action Team said it continues to experience “high demand” for emergency accommodation.

Based at St. John’s Square, it is the first point of contact for persons who become homeless. The service is jointly staffed by the local authority, Department of Social Protection and the HSE, delivering a multidisciplinary approach to solving homelessness. “Rough sleeping may occur in our administrative area on occasion, however, with our partnership funding arrangement with the HSE, we have ensured that our emergency accommodation providers have capacity to accommodate those who are willing to accept help,” said Rob Lowth, co-ordinator of Homeless Services.

He said that the local authority, the HSE and the NGO’s conduct street searches for rough sleepers, the most recent of which took place last Wednesday between 12.30am and 2.30am. “The search found no rough sleepers or no evidence of rough sleeping during this search. While this could change daily, the Homeless Action Team is in regular contact with emergency services and reports will be logged and investigated as a priority by the team. We also contract an Out of Hours Service with the NGO sector to deliver a 24/7 cover in relation to ensuring solution can be put in place for after 5pm,” he added.

He said the duty officer is the contact staff member for a homeless person or family, “and a full holistic needs assessment is carried out covering everything from accommodation history to mental and physical health”. Following assessment the person is placed in the most appropriate accommodation available.