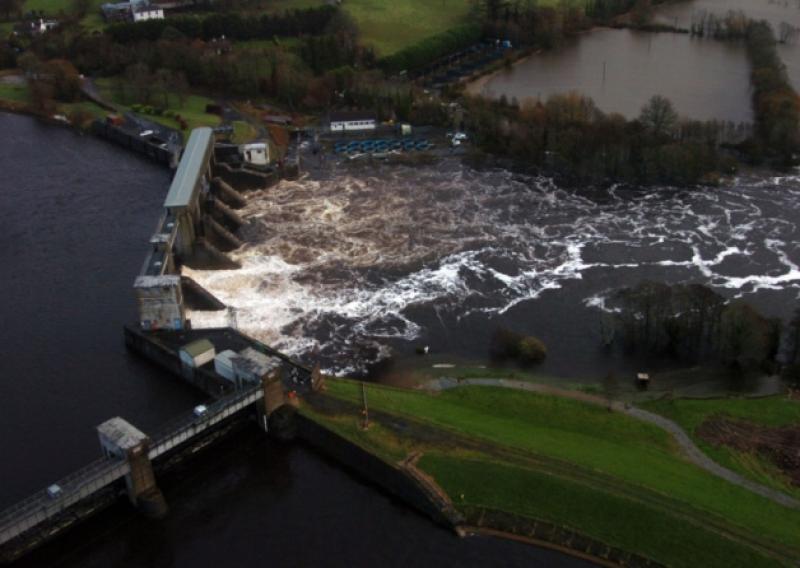 THE ESB will not be increasing the level of water being released from Parteen Weir beyond the current level, according to the latest update.

THE ESB will not be increasing the level of water being released from Parteen Weir beyond the current level, according to the latest update.

Limerick City and County Council says it has received confirmation from the ESB of its decision not to change the discharge level at the Parteen Weir from its current level of 375 cubic meters per second (cumecs). This was already increased from 315 cumecs - or by 60,000 litres of water per second - by the ESB on Tuesday morning.

The Council indicated however that water levels along the lower River Shannon at Montpelier, Castleconnell and the Mountshannon Road in Lisnagry are continuing to rise and that they could elevate further during the next few days.

Council staff, assisted by members of the Defence Forces, are continuing to implement flood defence measures along the river bank and coordinate with local property owners.

The Local Authority indicated that road closures in the areas affected are expected and further details will be provided where necessary.

There is currently a platoon of 30 troops and four Troop Carrying Vehicles (TCVs) in Castleconnell and two Sections of 15 troops and two TCVs in Clonlara deployed to assist the local authorities during the severe weather period.

The Defence Forces were called in to assist with flood relief work in the Springfield area of Clonlara on Tuesday night, as waters rose to dangerous levels on the Shannon.

Clare County Council officially requested the assistance of the Army in its flood defence efforts as water levels rose dramatically.

It is expected that the Shannon could rise up to half a meter over the coming days, with severe rain also expected. The flood risk is the worst in 20 years in certain areas, it is believed.

Water levels rose dramatically on Tuesday evening in the Lower River Shannon south of Parteen Weir resulting in the encroachment of floodwaters on a small number of properties in Springfield.

A number of roads were impassable in the area including the main road from Mount Catherine (DeCourcy) Bridge to Cottage Cross, but this is understood to have largely abated. Several properties were isolated as a result and the affected homeowners assisted with access to and from their properties by Clare Fire and Rescue Service and Clare Civil Defence.

Both Limerick and Clare local authorities will be liaising with the ESB, An Garda Síochána and local property owners on an ongoing basis. It is anticipated that water levels will rise further during the day and is monitoring and evaluating the situation.