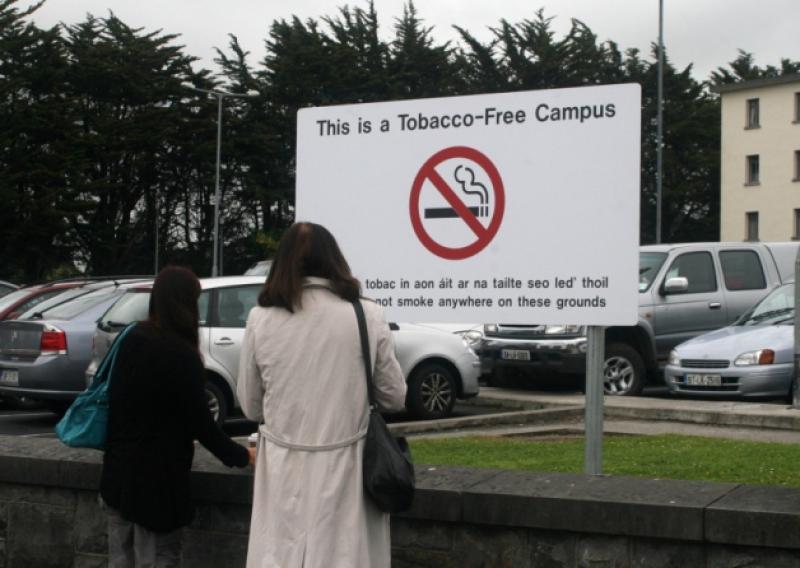 THE University of Limerick Hospitals Group has said that it is “disappointed” that hundreds of patients, visitors and staff are still smoking on the grounds of its Dooradoyle hospital’s campus, despite a smoke-free policy being in place for more than three years.

THE University of Limerick Hospitals Group has said that it is “disappointed” that hundreds of patients, visitors and staff are still smoking on the grounds of its Dooradoyle hospital’s campus, despite a smoke-free policy being in place for more than three years.

During 70 audits carried out in March of this year at University Hospital Limerick, the UL Hospitals Group, in inspections and patrols carried out by security staff, established that 113 visitors, 100 patients and two members of staff - a total of 215 people - were found to be smoking on the grounds.

Responding to the figures - which were requested by the Limerick Leader from the Group - Fianna Fáil TD Niall Collins said that smoking on the hospital grounds “potentially further endangers patients and staff alike”.

“It is concerning to learn that some people completely disregard the campus’ smoking ban. People need to adhere to this smoking ban in the interests of everybody’s health,” he said.

A UHL Group spokesperson said that compliance with the smoke-free policy had improved across the board since the last audit among visitors, patients and staff.

“While UL Hospitals Group welcomes this trend of increased compliance, it remains disappointed that persons continue to smoke on the grounds of an acute hospital whose staff deal every day with the ill health and disability caused by smoking,” the spokesperson said.

Deputy Collins said that the hospital’s management “faces many challenges” in trying to deliver a health service for the Mid-West.

“Unfortunately government indifference to these challenges has not helped with chronic overcrowding, understaffing and under resourcing being the main problems,” he said.

“This impacts on both patient safety and safety of staff in their workplace. Government needs to act on these issues as soon as possible.”

Sinn Féin Cllr Malachy McCreesh said that people must respect that the Dooradoyle hospital was a smoke-free zone.

“I understand that people who do smoke find it very difficult not to smoke, and that is an issue. But they have to respect other people’s wishes also, that smoking is not a healthy option for anyone. And the fact that people are doing it, it’s not a good example for children and for young people to see,” he said.

The group first introduced the smoke-free campus on May 31, 2012. The spokesperson said that as one of eight regional cancer centres in the country, the hospital had a “responsibility to minimise smoking, including on its own grounds, particularly when there is such an overwhelming body of evidence to show the adverse effects of smoking not just in the development of cancers but also heart disease, stroke and respiratory disease”.

As part of the three-year-old policy, there is a full-time smoking cessation nurse, a position that has been funded through the hospital’s cancer services. Training sessions are also in place for staff on how to reduce smoking among patients.