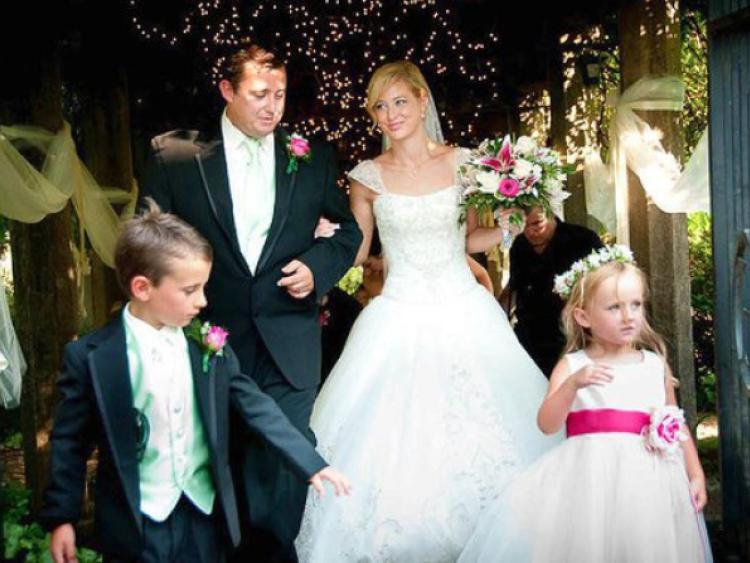 JASON Corbett’s children finally arrived home in Limerick at the weekend, but the family’s ordeal is far from over, and there is much healing - and fighting for answers and justice yet to be done.

JASON Corbett’s children finally arrived home in Limerick at the weekend, but the family’s ordeal is far from over, and there is much healing - and fighting for answers and justice yet to be done.

Aside from what criminal proceedings those implicated in his death may face, the family have first to lay Jason to rest this week, alongside his beloved Mags, his first wife who passed away tragically in 2006 due to an asthma attack.

In the front row pews of Our Lady Queen of Peace Church, in Janesboro, will be Jack and Sarah, their beautiful children, who have been through an incredible ordeal during their short lives to date.

A piper is to play at his graveside, before two white doves are symbolically released into the sky while he is to be laid to rest.

“It’s to signify that Jason and Mags are finally together, as they always wanted to be,” said John Corbett, Jason’s oldest brother.

Now without their biological father or mother, Tracey and David Lynch, their guardians, are trying to begin the healing process, as the children bridge a new life, from North Carolina back to Limerick, and without Molly Martens by their side - who has cared from them for the past eight years.

In the midst of the stages of grief, the family are now facing various accusations by supporters of Ms Martens, and conflicting reports about the final moments of his death.

It was reported at the weekend that Thomas Martens, 65, Molly’s father and a former FBI agent, hit his son-in-law in order to defend his daughter. Both are described by police as ‘persons of interest’.

However, when the Corbett family originally learned of Jason’s death they were told by Sharon Martens, Molly’s mother, that Molly pushed Jason and that he died after banging his head.

And yet, the 911 call was reportedly made by Mr Martens at approximately 3am on Sunday, August 2, and he said ‘I did it’.

John Corbett said the reports are very “contradictory” and he believes it is all part of a “major cover-up”.

“You don’t have to be a forensic detective to see this,” he added.

Mr Corbett has also rejected claims by supporters of Ms Martens, who is continuing to fight for custody of the children, who have posted numerous messages with allegations about the nature of their relationship online.

Amanda Mui, a cousin of Ms Martens, who lives in Florida, posted a message on Facebook, which she asked others to share.

“After surviving years of emotional and physical abuse from her late husband, she [Molly] is now fighting to retain custody of the children she’s raised for years now.

“Molly is a wonderful mother; it’s the love she has for her kids that has given her the strength to survive the abuse her late husband put her through. Pray that the courts acknowledge her as the children’s mother and guardian,” she wrote.

Mr Corbett said the latest claims in relation to his brother “beggars belief” and said he was struck by the “audacity of it”. “He was a gentle giant. He was 6 ft 2, 18 stone, but he was a big teddy bear and he wouldn’t hurt a fly,” said John.

While the Corbett family have been inundated with messages of support on this side of the Atlantic, Ms Martens has also received huge support, from those who view the case quite differently.

One person wrote on her Facebook page, amid dozens of other messages: “We’re so, so sorry, my heart breaks for you all. It makes me sick that they don’t let the children speak their choice, our judicial system is a joke. We will keep praying for you all.”

David Freedman, Ms Martens’ lawyer, said she will continue to fight through the courts for custody, even though the children have now returned home, which the Corbett family have described as “callous”. “Molly had been the mother of those children for the past eight years and to have people come and take away children from her in the middle of the night, the only mother they have known, I thought was a fairly callous act,” he said in an interview broadcast on RTE Radio One yesterday. “It’s about as cold as anything I’ve ever experienced in 33 years of practising law.” Should any charges be brought, he said they are likely to plead not guilty.