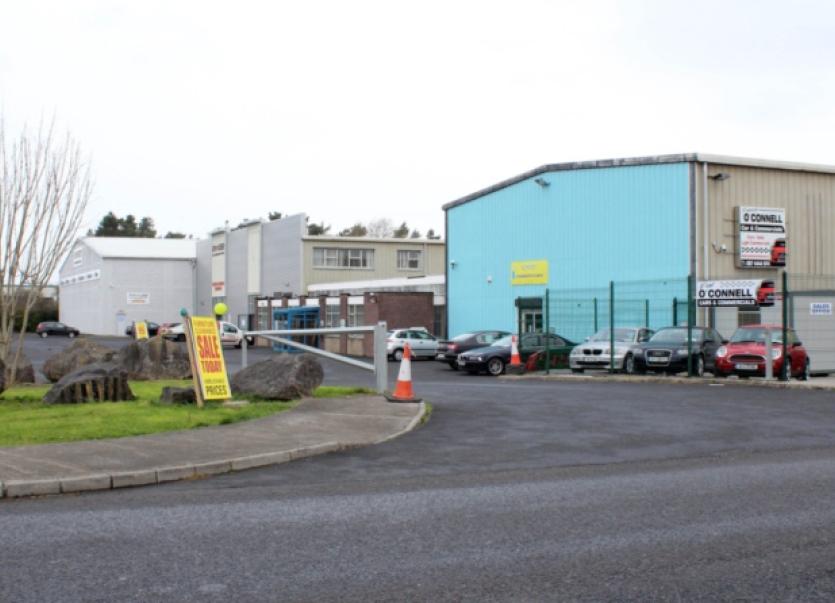 A RECEIVER has been appointed over commercial property which is home to a number of small businesses employing an estimated 30 to 40 people at Garryglass Industrial Estate.

A RECEIVER has been appointed over commercial property which is home to a number of small businesses employing an estimated 30 to 40 people at Garryglass Industrial Estate.

But while KPMG declined to comment, the letter appears to suggest the industrial units will continue to operate as a going concern.

The letter confirms KPMG’s Shane McCarthy has been appointed receiver over certain commercial properties owned by Ian and Mary Barry at the small business park, which is located off the Ballysimon Road. It is home to a handful of companies in the motor, furniture and DIY trades.

Mr McCarthy was appointed by Kenmare Property Finance, a Dublin-based outfit that acquired commercial loans from the failed Anglo-Irish Bank/IBRC.

Mr Barry, Dooradoyle, a well-known businessman who is the chairman of Garryowen RFC and a former player for the club, declined to comment when contacted on Friday.

One source believes there is no threat to the future of the small firms concerned.

“The only difference is that we will be paying rent to the receivers instead of the old landlord. We’re very much still open for business,” he told the Chronicle.

The letter from the receiver demands of occupiers copies of their leases and evidence that all rent is paid up, all to be forwarded to KPMG within seven days.

“For the purpose of this letter, I am assuming that you have a legal entitlement to occupy the property but you might note that I reserve my position in that regard pending a review of the aforementioned lease documentation,” Mr McCarthy wrote.

“Accordingly, for the moment, my appointment does not affect your occupancy except that from the date of my appointment (March 26, 2015), your rent is payable to me in my capacity as receiver.”

Documents from the Companies Registration Office show Kenmare Property Finance was set up in March 2015 and is based at Mount Street in Dublin. All four directors have addresses in the capital.

The company was the subject of a parliamentary question to Minister for Finance Michael Noonan from Sinn Fein’s Pearse Doherty last year in which the Sinn Fein TD wished to ascertain more information on the investors who had taken on assets from the commercial loan book of Anglo-Irish Bank/IBRC.

Kenmare, Deputy Doherty said, had been set up “only one day before the sale of a commercial loan book to it was agreed”.