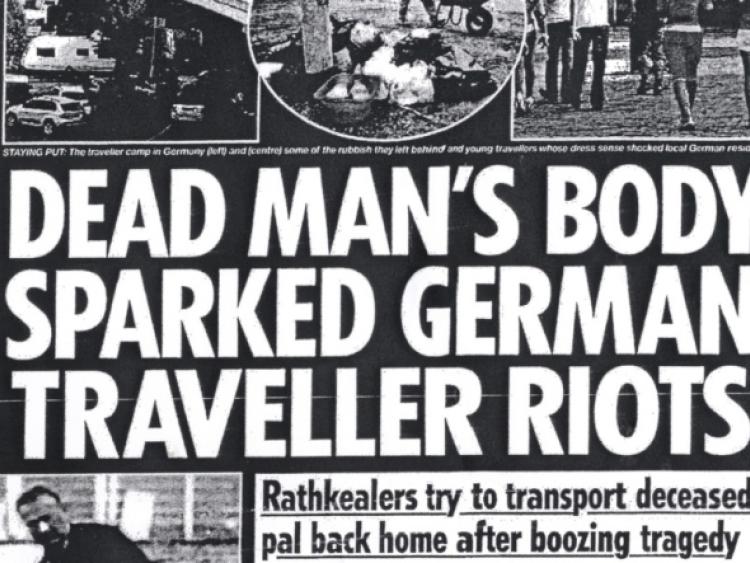 A TRAVELLER widow has been awarded €20,000 after a court ruled that a Sunday World article which was described in court as being “sensational and sexed up”, defamed her.

A TRAVELLER widow has been awarded €20,000 after a court ruled that a Sunday World article which was described in court as being “sensational and sexed up”, defamed her.

In a statement which was read out on her behalf by her solicitor Dan O’Gorman after the ruling at Ennis Courthouse this Friday, Kathleen Hegarty said she was “very satisfied” that the good name of her family and the reputation of her late husband has been preserved.

“What the Sunday World said about her was the lowest of low blows coming as it did so soon after she was widowed in such a tragic way,” Mr O’Gorman stated.

Kathleen Hegarty, 33, and her brothers James and Dan Quilligan, all residing at Roches Road in Rathkeale, took a case against Sunday Newspapers Ltd - publishers of the Sunday World newspaper.

James and Dan Quilligan were each awarded €5,000, as Judge James O’Donohoe found them to be defamed to a lesser extent in the article which appeared in the Sunday World newspaper on May 1, 2011.

The headline on the article that Sunday read: “Dead man’s body sparked German Traveller riots,” with the sub-headline: “Rathkealers try to transport deceased pal back home after boozing tragedy.”

Judge James O’Donohoe said the defamation issue had been distilled down to whether these words had caused offence.

He said although she was not named, Kathleen Hegarty was “clearly identifiable” in the article as being the widow of Patrick Hegarty who died of a heart attack on Holy Sunday, April 24, 2011.

Judge O’Donohoe said the core issue is whether the words which referred to Travellers bringing a body home “tend to injure a person’s reputation in the eyes of reasonable members of society”.

“The words were clearly referable to her, the widow, and in the unusual circumstances and context of Travellers culture/tradition they would be injurious to her good name in the community ie that she being very close family had neglected in her duty to her late husband,” said Judge O’Donohoe, before awarding Ms Hegarty €20,000.

Judge O’Donohoe said that while James and Dan Quilligan had not been named in the article “they were clearly identifiable by members of their own community.

“They are family but much further out than their sister in terms of degree of relationship,” he said, before awarding them €5,000 each.

Speaking after the ruling, solicitor Dan O’Gorman said Ms Hegarty will “never recover” from what happened in Cologne on that “awful day” and “hopefully time will settle her emotions”.

The judgement, he said, was “vindication that somebody like Judge O’Donohoe comes out on the side of fairness, because that’s all they want - to be treated fairly, to be treated equally, and that’s what equality is all about.

Costs were also awarded in the case, while a stay was put on the payments subject to an appeal.