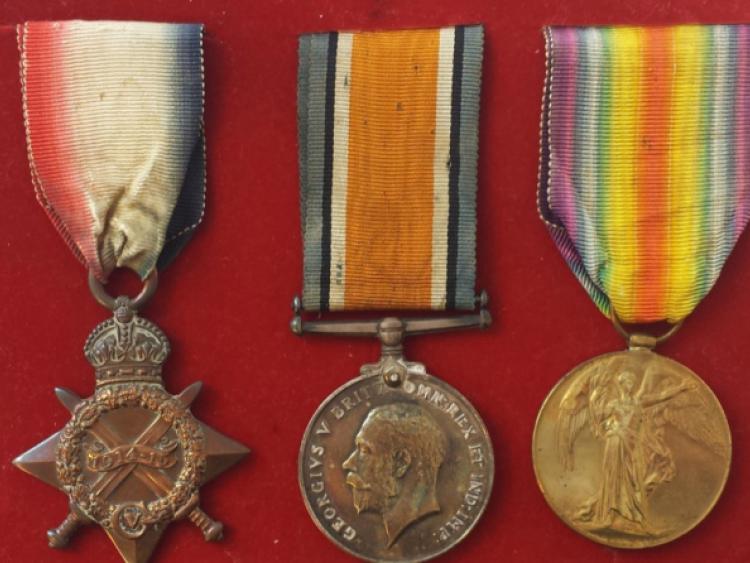 LIMERICK’S storied military history is to be brought to life in a new exhibition opening at City Hall this week.

LIMERICK’S storied military history is to be brought to life in a new exhibition opening at City Hall this week.

Stand Up and Fight, Limerick’s Military History from the Wild Geese to Gallipoli, includes many never seen before artefacts.

Co-ordinated by Limerick Museum and Archives, the exhibition documents Limerick’s ties to international military campaigns and the social and economic effects of these felt at home.

“From the departure of the Wild Geese in 1691 to the Limerick men who fought in the Boer Wars, Limerick is steeped in military history,” explained Limerick archivist Jacqui Hayes.

“Limerick’s location on the Shannon means it has always been a strategic military stronghold. There were four barracks in the nineteenth century and soldiers were a familiar sight.”

Stand Up and Fight, which opens on May 7 on the so-called Glazed Street at City Hall, host to the Haselbeck collection of photographs and From Limerick With Love exhibition recently, features artefacts from the Museum and Archives’ own collection as well as donations by private collectors and members of the public.

Included are flowers sent home by a Limerick soldier from the front at Ypres to his mother, an oar from a RMS Lusitania lifeboat, cannon and musket balls from the Siege of Limerick, pikes used during the era of United Irishmen Rebellion, a bloodied apron worn by a Limerick nurse while serving in a First World War field hospital, German and Allied military effects, and rare photographs of the American Civil War, Boer War and First World War.

The exhibition coincides with the 100th anniversary of the Gallipoli campaign which claimed the lives of 800 members of the Royal Munster Fusiliers, 75 of whom were from Limerick. Estimates suggest that one in four of Limerick’s men who fought in the Great War never returned.

“While primarily focusing on Limerick’s lengthy military history, the exhibition also examines the impact of the military on Limerick’s social history in these centuries, such as the numbers who joined the armed forces; particular areas which had a tradition of recruitment; family military traditions and the role of women,” said Ms Hayes.