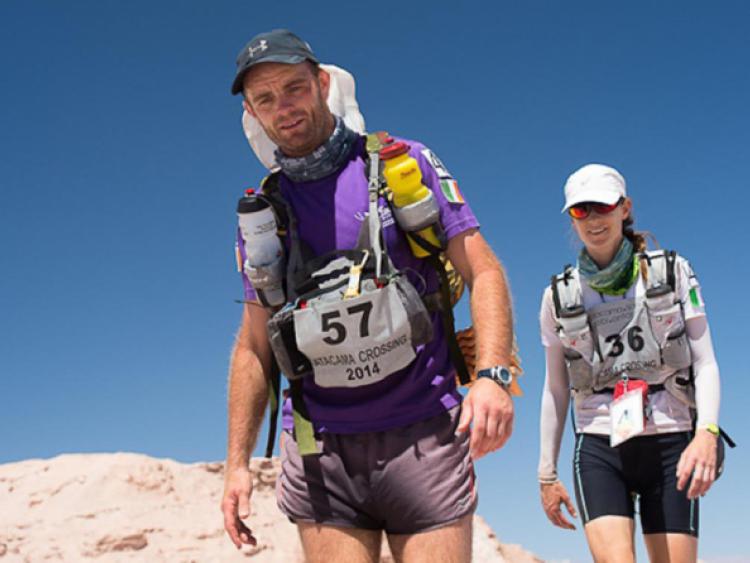 A LIMERICK adventurer has set off on his epic journey cycling across Europe, before he begins the real challenge of trekking some 250km across China’s gruelling Gobi desert over seven days.

A LIMERICK adventurer has set off on his epic journey cycling across Europe, before he begins the real challenge of trekking some 250km across China’s gruelling Gobi desert over seven days.

Martin Hennessey, 34, who last year completed the Atacama Chile Desert challenge, is the only Irish competitor in the Gobi desert. The Kilfinane man, who works in Kostal, left Ireland to start his cycle on April 10, and has a mammoth journey in front of him - before he even gets to China.

His latest adventure is his fifth desert race, having already completed the Atacama Crossing last year, Roving Races in Jordan 2012 and in Iceland in 2013, and the Sahara Race in 2011.

He has already made his way through France, Germany and Austria, and said it has already been a character building experience. On the plus side, he said: “The weather is fantastic, great drying here”.

But the challenge has also become a personal one to Martin, as his niece Sarah Crowe suffers from Alpers’ disease, a progressive, incurable condition affecting the brain and liver. Martin decided to run the Gobi Challenge to raise up to €3,000 to support Cliona’s Foundation, which provides financial assistance for non-medical expenses for families with seriously ill children, to thank them for the help they have given Sarah and her family.

In the Gobi desert, all runners will face blistering heat during the day, sub-zero temperatures at night and will have to sleep crammed 10 to a tent.

They are forced to carry their own equipment, run until their toenails literally fall off as a result of the relentless pounding, and risk animal attack, as the inhospitable terrain is home to three kinds of poisonous snake.

Before he reaches the desert Martin will already have cycled 5,700km across Europe to reach his destination in Tbilisi in Georgia, a trip that will take him from six to eight weeks.

“The Gobi Desert Challenge is one of the toughest races there is, but we know he’ll do us, and Limerick, proud. He’s a true inspiration.” It may be one of the most punishing races on earth but before he left for China, Martin revealed he doesn’t actually do any special training for ultra-marathons - he just tries to get out for a run or a cycle every evening.

He has already raised over €1,700. To make a donation log on to http://www.mycharity.ie/event/martin_hennessy_challenge/ or text CLIONA to 50300 to donate €2.