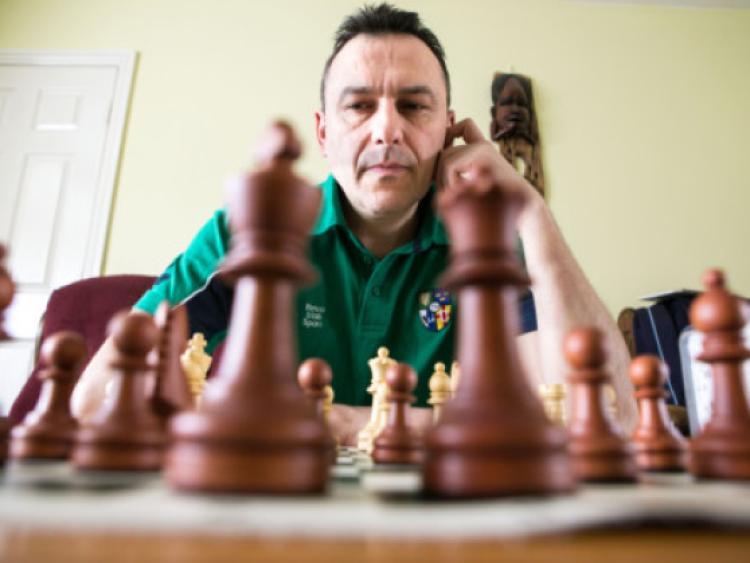 Gabriel Mirza, who was at the centre of an international chess story last week, after he caught an opponent cheating, is celebrating after helping his club win an All Ireland title.

Gabriel Mirza, who was at the centre of an international chess story last week, after he caught an opponent cheating, is celebrating after helping his club win an All Ireland title.

Forty-seven year old Gabriel was captain of the Adare team that won the national team championships for the fourth year in a row.

Gabriel was very much centre of attention at the national club championships in Dublin after his actions the previous weekend, in which he followed his opponent into a toilet and saw him using a phone to get onto a chess engine.

It is understood that the parents of his opponent who was age 16, have since sent a solicitors letter to Mr Mirza, a Romanian national who has been living in Limerick for the past 15 years.

The Irish Chess Union have yet to make a ruling on the events that happened in Cork, in which Mr Mirza was thrown out of the tournament for bringing the game into disrepute.

He says that he is receiving huge support from players who want cheating banished from the sport.

In a statement the Irish Chess Union said Chess “cheating has long been the subject of much discussion among arbiters and organisers of events across the globe. In recent days Ireland has just joined many nations in exposing how technology has interfered in the beautiful game.

“!A report is being gathered following an incident at an annual chess tournament in Southern Ireland where two players were removed by the arbiter. As that report has not yet been fully compiled, no details can be released at this time.

“It has been alleged that one chess player was caught cheating and the subsequent reaction of the opposing player was considered inappropriate. This is a very difficult situation for all concerned, and we at the Irish Chess Union ask for your patience in deciding the correct course of action for a positive outcome for Irish Chess.”

Mr Mirza was, it is undersood, not aware of the boys age at the time of the incident.