Greyhounds shot and dumped in Limerick quarry after poor trials 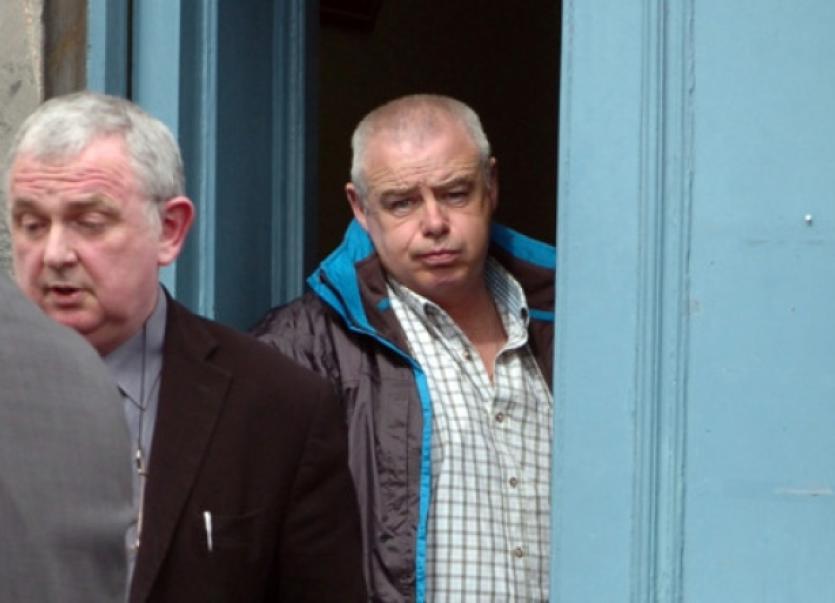 THE OWNER of greyhounds that were shot and dumped in a quarry in County Limerick refused to tell gardai who killed the animals, a court has heard.

THE OWNER of greyhounds that were shot and dumped in a quarry in County Limerick refused to tell gardai who killed the animals, a court has heard.

Six greyhounds were found dumped in undergrowth in Ballyagran on April 10, 2012, and two of the dogs were subsequently traced back to John Corkerey, aged 54, of Love Lane, Charleville. Mr Corkerey was fined at Newcastle West Court after pleading guilty to offences under the Welfare of Greyhounds Act (2011).

The court heard that Mr Corkerey had arranged for a third party to destroy the dogs after they failed to show promise at racing trials, and that he had “no problem” with the animals being shot.

However, Mr Corkerey refused to reveal to gardai who had killed and dumped the animals.

The court heard that Mr Corkerey and members of his family have suffered “a lot of abuse” in public since the dogs were killed.

At Newcastle West Court last week Mr Corkerey pleaded guilty to two technical offences arising from the Act of 2011. The charges, the first of their kind in Ireland, related to paperwork irregularities for two of the dead dogs, Rathluirc Sham and Kildangan Dawn, which were traced to Mr Corkerey by tattoo tags on their ears.

Detective Inspector Eamon O’Neill told the court that the gardai were notified after six greyhounds were found shot and “dumped in undergrowth” on April 10, 2012.

An identity marking identified one as Rathluirc Sham, an animal registered in the name of Mr Corkerey’s son. Det Insp O’Neill said that further inquiries found that on March 22, 2011 John Corkerey brought Rathluirc Sham to trials, but the animal “showed no ability to chase the mechanical hare”, and on March 25 Mr Corkerey made arrangements to have the dog put down.

Meanwhile the court heard that the second dog, Kildangan Dawn, had previously been registered to an owner in Dublin, but had come into Mr Corkerey’s possession through a practice known as “raising one dog for another dog”.

The court heard that Mr Corkerey did not complete the required documentation or notify the Irish Coursing Club when this took place, which is also an offence under the new legislation.

On June 19, Mr Corkerey attended Newcastle West garda station and “took full responsibility” for the two dogs, and also “admitted he signed the registration form in the name of his son” at the trials of March 22 the previous year.

Det Insp O’Neill said that Mr Corkerey had said that he saw “no problem shooting a dog in the head”, and stated that “it’s just the same as injecting them. It’s all over in seconds”.

Mr Corkerey told gardai that he “got someone to put the greyhounds down for him, but would not give that person’s name”. Det Insp O’Neill said that Mr Corkerey “refused to co-operate” on this point despite being “pressed a number of times”.

Solicitor Denis Linehan, defending, reminded the court that Mr Corkerey was charged with forging his son’s signature and for a paperwork offence, and had no part in the shooting or dumping of the animals.

Mr Linehan said that Mr Corkerey came forward and admitted ownership of the dogs less than a week after they were found.

Mr Linehan said that Mr Corkerey gave the animals to a third party to put down as he could not afford the €160 fee to have each dog destroyed legally. However, the accused “takes great exception to the way these animals were disposed”, and admits that the animals were killed in “not the most humane manner”.

Mr Linehan said that since last April, Mr Corkerey has been subjected to “a lot of abuse” personally, while “one of his family was threatened” in public.

Mr Linehan said that Mr Corkerey is “a man of good character” who worked in the building trade but now only receives €233 per week. Mr Corkerey is married with two children.