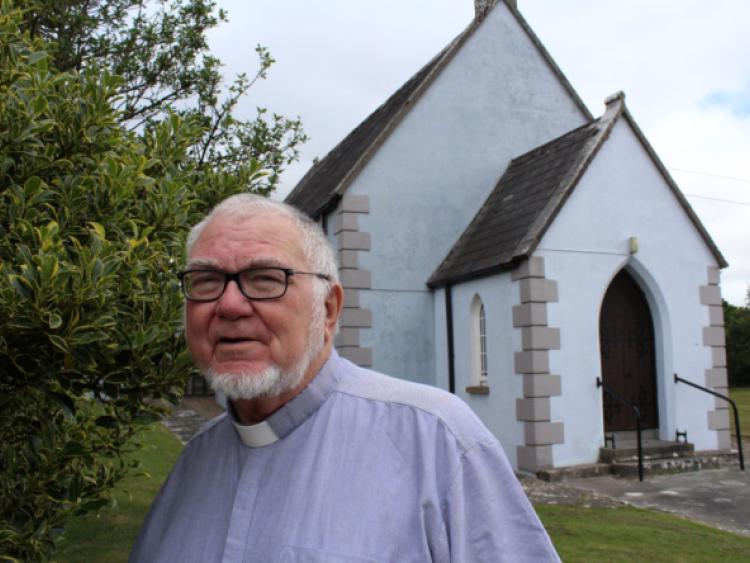 IT’S a long way from Keokuk, Iowa to Adare, County Limerick but for Rev Bill Olmsted it marks a homecoming of sorts – to the place he regards as the “cradle” of his faith.

IT’S a long way from Keokuk, Iowa to Adare, County Limerick but for Rev Bill Olmsted it marks a homecoming of sorts – to the place he regards as the “cradle” of his faith.

The new Methodist Minister of the Adare and Ballingrane circuit says his friends in the United States are “insanely jealous” of his latest posting.

Having grown up in the Methodist Church in the US, he was familiar with the story of how two Methodists from Ballingrane, near Cappagh –Philip Embury and Barbara Heck – emigrated to New York where they preached the first Methodist sermon there in 1766. The American Methodist Church now boasts some 14 million members and the Johns Street Methodist Church, which they founded and which still stands amidst the canyons of Wall Street, remains a hugely important part of the church’s heritage.

“Ballingrane is the cradle of American Methodism. I was aware of it before I even knew where it was,” says Bill, who describes Philip Heck and Barbara Embury as “folk heroes”.

“It is with great joy that I find myself here and it is a great privilege to be able to serve the people of this area.”

However, his first visit to Ireland had been in 1991 when he ministered for six months in Bangor, Co Down as part of an exchange between himself and the local minister.

It was the loss of his wife, Rebecca, in 2007 that led Bill to consider returning to Ireland. At the time, he was ministering part time at a Presbyterian church in nearby Illinois but following Rebecca’s death, after a long battle with Multiple Sclerosis, Bill found himself trying to rebuild his life.

“I was looking for something to do and a friend of mine said why don’t you come back to Ireland and be a minister again?” he explains.

“My wife and I were married for 43 years before she died and we have four children and nine grandchildren that all live in the States. They thought their old man was crazy when he came to Ireland, but it didn’t matter because they thought he was crazy anyway,” Bill recalls with a laugh.

A year later, he arrived in Mountmellick, Co Laois, to take up the role as Minister to the local Methodist circuit. Despite some initial difficulties with the local idioms (unsurprisingly the locals in Laois didn’t take kindly to being referred to as ‘dirt farmers’), he soon adjusted to life in Ireland, so much so that on July 4 this year, he became an Irish citizen.

“Like I told a couple of friends in the States: we’ve been living together for six years; maybe it’s about time we actually got married,” he says of his decision.

After six years in Co Laois, he was transferred to Adare where he took up his ministry a fortnight ago.

He is still in the process of unpacking and the Methodist Manse in Adare is fill with half emptied boxes as Bill tries to find homes for his rather eclectic collections, which include Royal tableware and miniature ships.

But packing up and moving home is something that Bill Olmsted has plenty of experience of. In a varied career that has spanned teaching, community work, college administration and even gaining a nursing qualification, he has lived and worked in many places, from the deprived Appalachian region of Kentucky to the rich enclaves of Vermont. While living in Iowa, he even served as a city councillor in the city of Keokuk, population 11,000.

Showing no signs of the stress normally associated with moving, Bill, who celebrates his 71st birthday next month, says he is looking forward to taking up his new role.

In addition to ministering at Sunday services in both Adare and Ballingrane churches, his role will involve visiting his congregation, particularly the elderly or those who are sick, while also representing the Methodist community in the area.

He will also be ministering to a number of local schools.

Of course, central to his role will be his preaching duties - interpreting the teachings of the Bible for his congregation.

“Preaching I think of as one of my most important functions and that is certainly in keeping with the Methodist tradition, because the Methodist church has always had a strong emphasis on preaching,” he explains.

Having what he describes as “released time”, or free time to consider the teachings of the Bible, is an essential part of his ministry. He bases his weekly teachings on a lectionary, which is a series of readings the church has lined out for the church year.

“My job as I perceive it is to figure out what the word is saying to us and help people to think about that. As a Methodist I do not say that I have all the answers and I get everything right and they know that, so they don’t have to agree with me but in general we listen to each other,” he says.

For now, the new Minister says he is relishing the prospect of getting to know his new home: “I am looking forward to it very much. I think it is going to be great fun and so far from what I have seen of Adare, the community is very friendly and the people are very nice.”