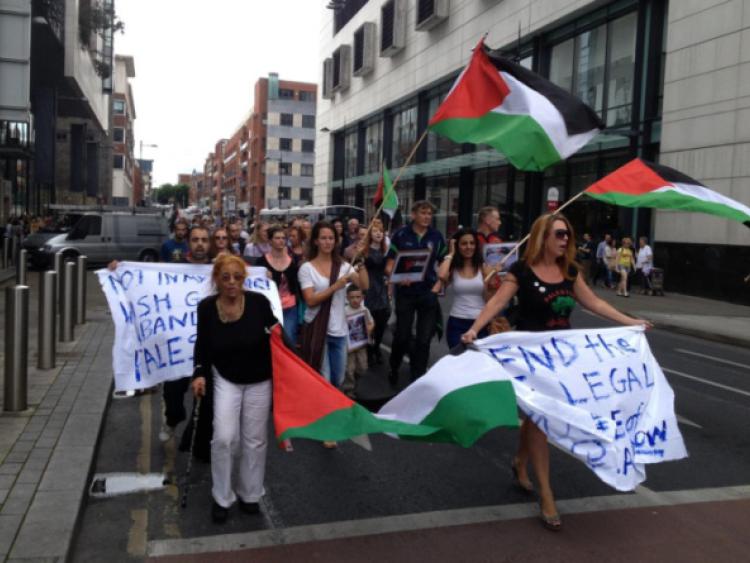 HAIRDRESSERS in Limerick are being urged to stop using Israeli haircare products, and the public is being urged to support the boycott of all Israeli goods, as the conflict continues in Gaza.

HAIRDRESSERS in Limerick are being urged to stop using Israeli haircare products, and the public is being urged to support the boycott of all Israeli goods, as the conflict continues in Gaza.

Nearly 300 people turned out in the city on Saturday for one of the largest marches and peaceful protests organised by the Limerick branch of the Ireland-Palestine Solidarity Campaign.

Limerick woman Zoe Lawlor, a long running supporter of that campaign, who has travelled to Gaza on numerous occasions, said public support of the Palestinians in Limerick is intensifying as the war continues, and shows no signs of abating.

“What is happening is just a massacre. It’s utter carnage and destruction. The marches we have held in Limerick city on the last two Saturdays have been the biggest we’ve ever had,” she told the Limerick Leader.

The Limerick protest was supported by Gaza Action Ireland, the Irish Anti-War Movement and Shannonwatch, while members of Sinn Fein were also in attendance.

Sinn Fein city councillor Maurice Quinlivan was among those calling for the Israeli Ambassador to Ireland to be expelled, and urged that the Dail be recalled.

Ms Lawlor also complained of the Government’s “shameful decision” to abstain on a United Nations vote on whether war crimes are being committed in Gaza, which she said is not reflective of the views of the Irish electorate as thousands of people have taken to the streets across the country in recent weeks. S

he said hairdressers are being called not to use Moroccan oil, a popular haircare product, which is produced in Israel.

Sinn Féin will hold a one hour vigil at the entrance to Shannon Airport in support of the Palestinian people, this Friday, at 1pm.