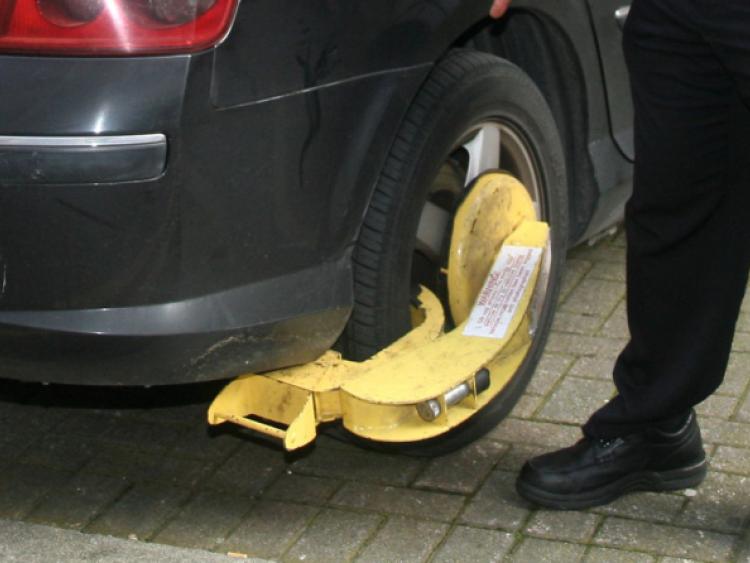 MASS-GOERS have accused a Limerick clamping company of “preying” upon “vulnerable elderly people” who were hit with €100 clamping fines while visiting the relics of St Anthony in St John’s Cathedral.

MASS-GOERS have accused a Limerick clamping company of “preying” upon “vulnerable elderly people” who were hit with €100 clamping fines while visiting the relics of St Anthony in St John’s Cathedral.

One lady was reported to be in tears at the nearby Haymarket, asking “why did St Anthony do this to me?” as her daughter went to fetch the money from an ATM machine as “the heavens opened”.

A number of people clamped said they could not see what they described as a “small” clamping sign in the pouring rain. The owner of the clamping company, Paddy Ryan of PJR Services, said he understands the “frustration”.

Jo Buckley, from Goulavoher in Co Limerick, said the fine was “despicable” and “outrageous” as she claimed that motorists weren’t obstructing cars or pedestrians, contrary to the views of Mr Ryan.

“I was with a friend and we were blessed we had the money between us. It was teeming out of the heavens, and people had to walk to the bank link to get money because he wouldn’t accept a cheque or a card,” she told the Limerick Leader.

“I was one the first to kiss the relics, otherwise I would have been queuing there for hours,” said Jo who received the clamping fine at around 9pm.

However, another lady, who did not wish to publish her name, said she received the fine at 7.50pm - nearly an hour after she went to mass, which was concelebrated by the Bishop of Limerick Brendan Leahy.

“It was appalling. There were old people there getting soaked to the skins. It was as if someone was waiting there to make easy money. If I saw the sign I wouldn’t have parked there at all.”

Mr Ryan said his company has to respond from complaints from residents or their management companies when cars are parked in private areas.

However, he admitted that the vehicles were not completely blocking an entry to the Haymarket estate - rather, that motorists had to leave their vehicles to press the buzzer to gain entry to their estate as there was a small obstruction.

Describing his company as the “cheapest” clampers in town, he said they have 14 sites in their charge around the city and have to respond “when residents are up in arms.”

“I can understand people’s frustration. But the area was choc-o-block. It was well lit-up and there was no excuse to park there whatsoever. We don’t make any apologies for clamping; it’s our job..and everything we do is above board. I wouldn’t like to be clamped myself, but the €100 fine is there as a deterrent for people. If people just took two minutes to take a look around them and look out for signs, there would be a lot less clamping,” he told the Limerick Leader.