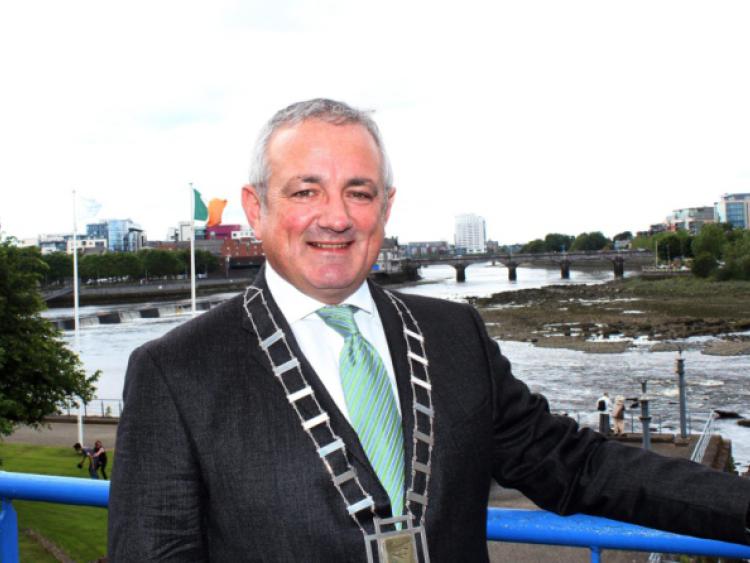 THE METROPOLITAN mayor of Limerick confirmed last night that he was involved in a car accident, which is now part of a major garda investigation.

THE METROPOLITAN mayor of Limerick confirmed last night that he was involved in a car accident, which is now part of a major garda investigation.

An emergency meeting of Fianna Fail councillors in the city was called to take place late last night to discuss the future of Jerry O’Dea’s mayoralty. It is understood that the party is likely to call for his resignation, following allegations regarding drink driving in December last, which Mayor O’Dea has not yet responded to.

The Irish Times reported on Saturday that Garda Headquarters had ordered an internal disciplinary inquiry in Limerick after a car crash last December in which a man was found to be three times over the drink-driving limit, but was never prosecuted.

In a statement read out to the Limerick Leader last night, the metropolitan mayor made no reference to allegations of drink driving, but said: “In December 2014 I was involved in a single vehicle road traffic accident. I was the sole occupant of the car. I co-operated fully with An Garda Siochana and subsequently made no further contact with An Garda Siochana about the issue. In early May I was informed that no further action would be taken against me and I consider the matter closed.”

The metropolitan mayor declined to answer any further questions which were put to him.

The Irish Times reported that the man’s BMW car overturned on the outskirts of Limerick city on December 11, and he had to be helped from the vehicle by gardaí and fire brigade.

He claimed that he had swerved to avoid another vehicle that fled the scene.

He was taken to the University Hospital in Dooradoyle, where a blood sample was taken and sent to the Medical Bureau of Road Safety.

On December 22, the Bureau reported that the sample had registered 175 milligrams of alcohol per 100ml of blood – more than three times the legal limit.

The Sunday Times also led with a report yesterday, stating that garda sources told them that Mayor O’Dea made an unsolicited approach to them last summer in advance of his expected election as the new metropolitan mayor.

A number of members of Fianna Fail in the city were due to meet at 9pm in Castletroy yesterday to discuss the future of the mayoralty.

Councillor Shane Clifford would only comment to say that they were meeting “to understand the facts as they are emerging, and to agree on the appropriate response from the group.”

Mayor O’Dea also was invited to the meeting to outline his position.

Other Fianna Fail sources said they hoped that Mayor O’Dea would voluntarily tender his resignation to save further embarrassment.

“It is a terrible reflection on the mayoralty, on the council and on the city,” said a source.

Anti-Austerity Alliance councillor Cian Prendiville said if the allegations are correct they are “absolutely disgusting and have to be condemned fully.”

“The really rotten part of this is that the matter appears to be swept under the carpet. It stinks to high heavens. I presume he will resign but that is only a cosmetic procedure - it won’t change the culture that’s in place, where there’s one law for the political elite and another for everyone else,” councillor Prendiville told the Leader.

He also queried whether these events were known when Fianna Fail entered a pact with Fine Gael and proposed him as Mayor.

“There are many layers to this, and having one head roll won’t solve the problem,” he added.

Independent councillor John Gilligan, who opposed O’Dea’s nomination as mayor - but only on the basis that other political parties were excluded from the pact - said he would not be backing any calls for his resignation.

Sinn Fein city councillor Maurice Quinlivan said he believes that councillor O’Dea should consider his position in light of these allegations.

“Fianna Fail also need to come clean about whether they knew about this before he was elected, and those in Fine Gael also need to answer the same question,” he told the Leader.

O’Dea was elected as the second metropolitan mayor of Limerick this June, following the amalgamation of both local authorities.

In addition to being a publication of the premises in his name on Mulgrave Street, a former Limerick city chairman of the Vintners Federation of Ireland, he is also a board member of the University of Limerick’s governing authority, its highest decision making body.

Speaking upon securing the chain of office, Mayor O’Dea said: “I want to see inward tourism grow and prosper. As a member of the board of governors of our fine university, led by Professor Don Barry, I would like to progress further integration and cooperation between the city and the university of Limerick, LIT, the Limerick College of Art and Design, Mary Immaculate College, and all of our fine third level institutions.”