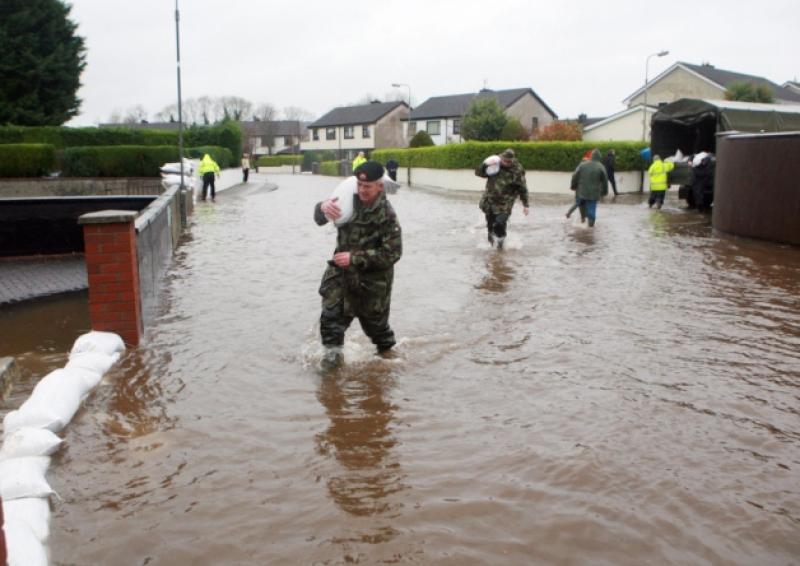 THE ESB has been warned to carefully regulate outflows of water from Parteen Weir and avoid a repeat of the flooding that saw homes evacuated in Castleconnell and Corbally four years ago.

THE ESB has been warned to carefully regulate outflows of water from Parteen Weir and avoid a repeat of the flooding that saw homes evacuated in Castleconnell and Corbally four years ago.

As Atlantic fronts bring heavy rain to Ireland, the ESB has been under pressure from politicians and interest groups in the Midlands to increase the flow of water out of Parteen Weir to reduce the risk of flooding in Athlone and other population centres upriver.

But Limerick city councillors Diarmuid Scully and Michael Hourigan have had a motion passed at the Mid-West Regional Authority calling on the power company - which is responsible for water levels along the river - “not to cause downstream flooding in Limerick city and county by releasing excessive amounts of water at Ardnacrusha”.

“The ESB has in recent days come under immense pressure to release water at Ardnacrusha to lessen the possibility of flooding further upstream,” Cllr Scully commented.

“We had a similar situation in 2009 when the release of water led to very severe downstream flooding in Castleconnell and Montpelier in County Limerick and in a separate incident led to the flooding of Cork city centre.” “Limerick city and county have already been affected by flooding caused by the high tides, rain and strong winds of recent days. We do not need the ESB to add to our problems by opening the gates at Ardnacrusha. The members of the MWRA appreciate the difficulties that the current high water levels in the Shannon have caused in Midland counties, but flooding Limerick is not the answer.”

The floods of November 2009 swamped large areas of the Lower Shannon after record rainfall that month.

The power station at Ardnacrusha had been operating at maximum capacity at the time and the company said it had little option - in consultation with other state agencies - to increase outflows from Parteen Weir along the course of the River Shannon.

Hundreds of homes and farms were flooded and the Defence Forces had to be called in to evacuate homes at Shannon Banks and other riverside communities.

But the ESB at that time rejected claims of “negligence” from politicians representing flood-hit communities - both in Limerick and in the Midlands.

It was accepted by the Limerick city and county managers at the time that the crisis had left the ESB with little option but to increase outflows from Parteen Weir.