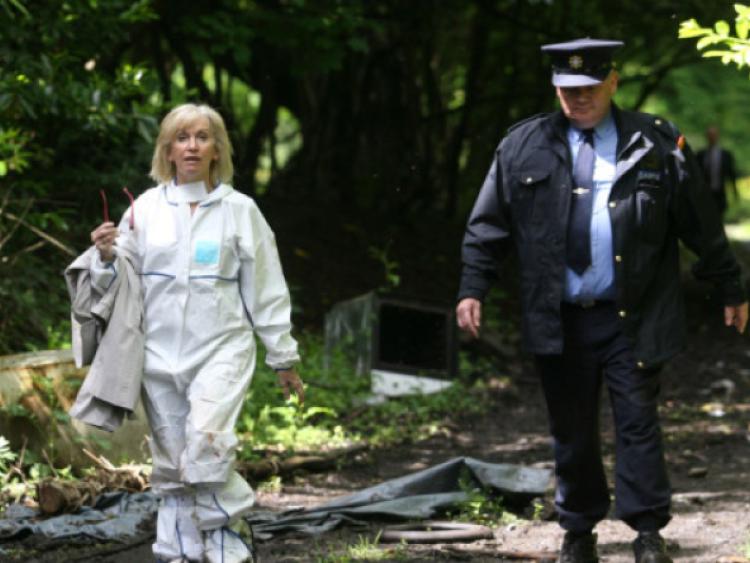 Prof Cassidy was speaking at the University of Limerick this week, where she discussed her career in science, and the promotion of women in the field in general.

“Limerick has been very, very quiet thankfully, and hopefully it will remain so. Glasgow can take back its title again, and resume being ‘Stab City’,” said Prof Cassidy, who is from the Scottish city and began her career there.

“In all seriousness, Limerick has been very quiet since they increased the number of gardai, and that’s had a huge knock-on affect. We’re very rarely in Limerick now thankfully.”

She said there are now more murders in Glasgow than in the whole of Ireland, and said Ireland is a “step behind” the UK in terms of drugs-related deaths. However, she said “Ireland in particular seems to be fascinated by death”.

Prof Cassidy was invited to speak at UL, which has been selected as the only Irish university to participate in an EU-funded initiative which promotes female scholarship and research in science, technology and engineering across the EU.

Figures from the Higher Education Authority show that on average, women constitute 18 per cent of those at full professorial level in Irish universities, however UL has almost twice that proportion, at 34%.

However, Prof Cassidy said she feels “uneasy” about the calls to introduce gender quotas in public life, as she’d “rather know I got the position because I was the best person on the day” and not just because she’s a woman.

She pointed out that “it is not that long ago when women were allowed in to university”, when there were even separate lectures for male and female students.

“Women are not doing that bad, considering we’ve been running to catch up,” she said.

In relation to the glass ceiling in terms of equality in work and pay, she said she and her colleagues “were far too busy to look up and stargaze.”

While she said her gender didn’t work against her in her career, she found that her bright and bubbly persona tended to vex academia.

“I wasn’t the right type of female...What I would say to my old professors - you don’t have to be solemn to be a serious academic.”

However, she highlighted serious concerns for the future of her own profession in Ireland, as she said forensic pathology is not recognised as a distinct profession in its own right by the Medical Council.

“To train our own forensic pathologists we have to have things in place and be recognised by the medical council, as a speciality in its own right, not histopathology. Until we get recognised we can’t train young people here. It’s going to be a big problem in the next five to 10 years because all of us in forensic pathology are coming to that age where we’re thinking about giving up and we’ll all be within a few years of one another,” she said.

While she would not comment specifically on when she plans to leave her work, she said after 30 years in this field her mission still is to find answers to give families of victims of crime some closure.

“Why else would we do it? We’re there to try and serve the public, and the State, and find out why the citizens died. It’s about trying to find answers to questions, when some people haven’t even thought about the question yet. That’s what you’re always thinking about - that this information has to be good for something, otherwise there’s no point.”

She said while she jumps out of bed each day, looking forward to her work, she’s aware that someone else is “crawling out of bed, saying why did this happen to me.”

“Thirty years on I still hope I can get answers for these people, and find out what happened on that particular night, and whether they suffered.”