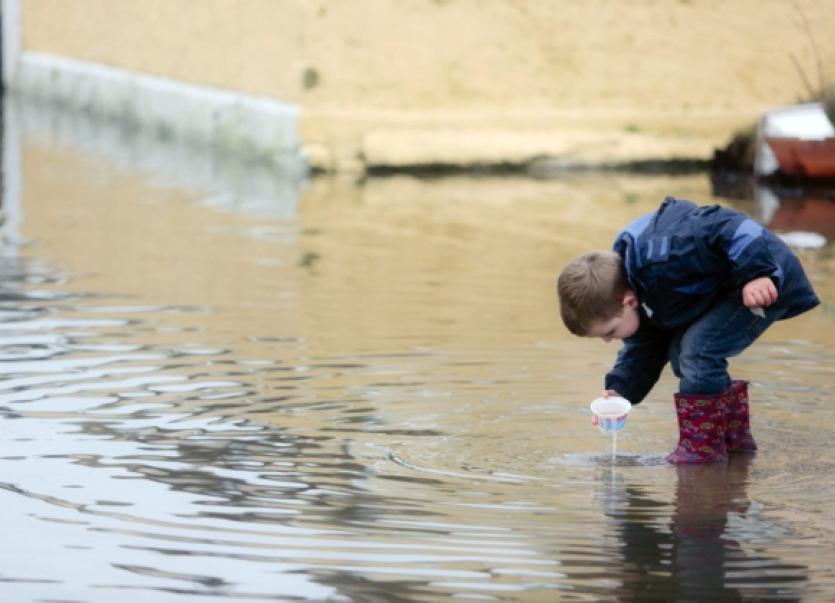 THE flood relief scheme at the King’s Island has taken a major step forward as the Office of Public Works (OPW) approved funding to get the project moving.

THE flood relief scheme at the King’s Island has taken a major step forward as the Office of Public Works (OPW) approved funding to get the project moving.

The OPW has approved funding of €427,000, excluding VAT, to Limerick City and County Council to appoint engineering consultants to progress the scheme which, it is hoped, will ensure the area is never affected by such damaging flooding again.

However, it will be more than two years before construction starts.

Finance Minister Michael Noonan hopes the funding will “alleviate concerns of residents in the area”, while Education Minister Jan O’Sullivan said the works will “protect the homes and businesses” of those in the area.

Dozens of people in St Mary’s Park were forced out of their homes after the River Shannon burst its banks in February 2014.

The funding boost from the OPW provides for two stages initially.

The first, five month stage, will involve the development of a flood scheme, consultation, design and scoping.

The second stage will involve a detailed design of the preferred scheme.

As well as this, there will be public consultation, an environmental impact statement, compulsory purchase orders and an An Bord Pleanala application.

This stage will take 20 months.

After these stages are completed, the City and County Council will revert to the OPW for approval to proceed with the remaining three stages: procurement of land, the construction of the defences and the handover to the community.

Ms O’Sullivan said: “These works, once fully completed, will hopefully protect the homes and businesses of those living in the general King’s Island area from the dreadful floods that caused havoc and huge upset among those directly impacted”.

Local councillor John Gilligan said: “This should have happened some time ago. I am disappointed it has taken so long. But there are major technical things needed to draw up a proposal. It is a complex proposal, so I accept it will take time,” he said.

He said residents will not accept anything less than it being right first.

“When we take a look at things like regeneration, we had two plans, both of which were put in the bin at a cost of millions.

“We cannot afford - and the people of St Mary’s and King’s Island will not support a major cock-up like this. We have suffered so much with this flooding that we have no intention of letting them go back on this,” he concluded.