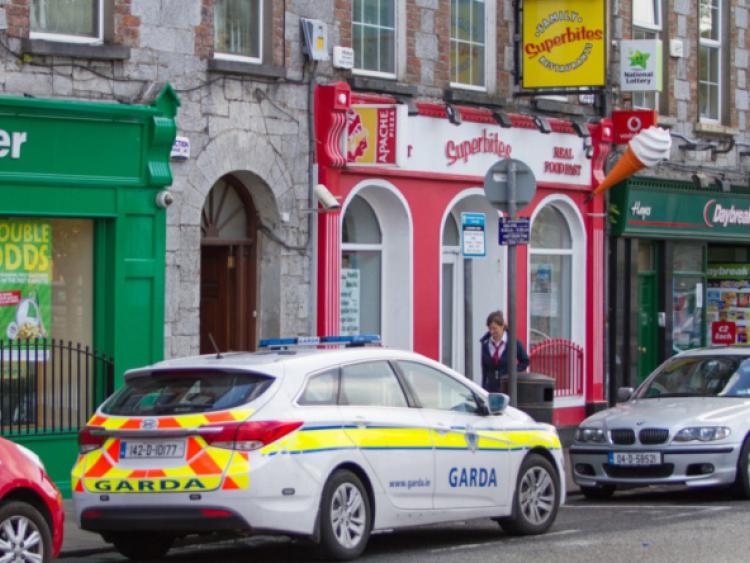 GARDAI in Limerick expect to make an arrest shortly in connection with the assault on a Newcastle West man in the town late on Sunday night.

GARDAI in Limerick expect to make an arrest shortly in connection with the assault on a Newcastle West man in the town late on Sunday night.

The investigation into the assault, which left the man with serious head injuries, has proceeded very swiftly following the incident which took place in the Square at around 2.30am on Monday morning.

The injured man has not been named but a senior Garda source said he was in his early 30s and from the town.

He and his assailant had words in a public house in Newcastle West at some stage on Sunday night, according to Gardai. They again met later in the night, when the incident took place. The injured man was found lying on the ground by Gardai.

The Garda spokesman said a procedure had been carried out at the hospital.

Following the incident in Newcastle West, one man was arrested on public order charges but later released.

Gardai appealed for witnesses to the incident and were examining CCTV footage from the area throughout the day.

The Garda spokesman said, this Monday evening, that they were now in a position to proceed to arrest a suspect. The suspect, he said, was in his early 20s.