Confirmed: Michael Noonan to run in the general election 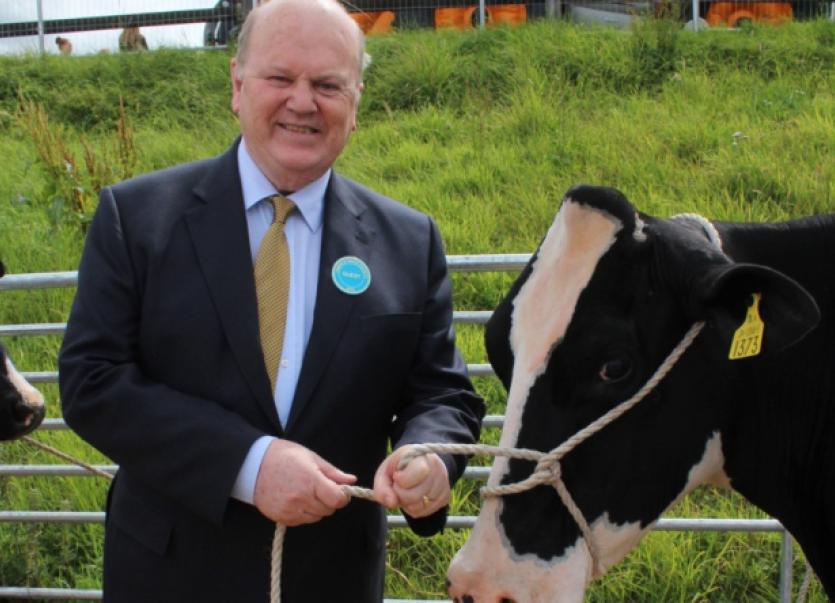 The 72-year-old politician and his Fine Gael party colleague Kieran O’Donnell are to be the only two names put forward at a selection convention next week.

It means the veteran TD will be running in his 11th consecutive Dail election.

There were rumours Mr Noonan – who topped the poll with 13,291 first preference votes at the 2011 general election – would call it a day at the end of the 31st Dail.

They followed some concerns over his health, since allayed. Although Mr Noonan declined to comment ahead of the convention, sources close to the minister have indicated he is “raring to go”, and is ready to put his name before the people of Limerick again in the four-seater constituency.

Despite a likely backlash against the government parties in the election, Mr Noonan will no doubt be hopeful his strong personal vote will see him over the line.

He will also point to a number of positive jobs announcements he has played a big role in bringing to the city, the most recent being Uber’s 300 jobs.

Mr Noonan’s running also could be good news for Mr O’Donnell, who will no doubt benefit from a healthy transfer.

A Fine Gael source said: “We are very much looking to retain the two Fine Gael seats in this constituency. Ultimately though, that is a decision for the electorate in Limerick. As a government, we have had to deal with a very difficult set of circumstances. Things are finally starting to improve in Limerick and nationally. We would like to continue to ensure that progress is sustainable.”

Fine Gael had sought expressions of interest for people to run in the Limerick City four-seater.

The closing date for nominations was last Tuesday, with Mr Noonan and Mr O’Donnell the only names presented.

First elected in 1981, the Loughill man has served in Cabinet in the Justice, Health Trade, and latterly Finance portfolios.

His vote grew to an all-time high at the last election, as Limerick’s voters turned away from Fianna Fail.

The Fine Gael selection convention will take place next Friday night, September 4, at the Greenhills Hotel.