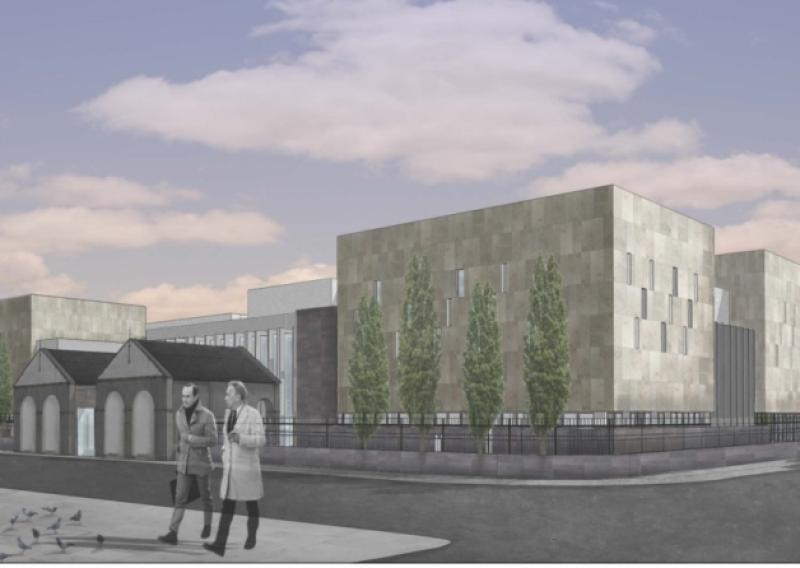 CONSTRUCTION of a new state-of-the-art courts complex for Limerick city has moved a step closer with the selection of BAM Building as the preferred tenderer for the project.

CONSTRUCTION of a new state-of-the-art courts complex for Limerick city has moved a step closer with the selection of BAM Building as the preferred tenderer for the project.

When complete, the new criminal courts complex will incorporate six courtrooms, custody facilities and a number of offices.

It is hoped that sittings of the District Court, Circuit Court and Central Criminal Court will all be held at the new complex - beginning sometime towards the end of 2017.

The facility, which will be 7,350 square metres in size will be located at a site, known locally as Costelloe’s Yard, which is located adjacent to Limerick Prison on Mulgrave Street.

Under the Public Private Partnership model, the new courthouse, will be designed, built, financed and maintained for twenty five years by BAM (formerly Rohcon).

Construction is expected to begin later this year once contracts are signed.

The new courthouse is one a number which have been bundled together as part of a €120m project.

New courthouses will also be built in Letterkenny, Drogheda and Wexford while the existing courthouses in Mullingar, Waterford and Cork city will all be refurbished.

Welcoming the selection of BAM as preferred tenderer, Justice Minister Frances Fitzgerald said the project “will provide modern and comfortable facilities for all users of the court” adding that the works will ensure that the new courts facilities will comply with modern standards for court accommodation and that the needs of all users of our courts will be met”.