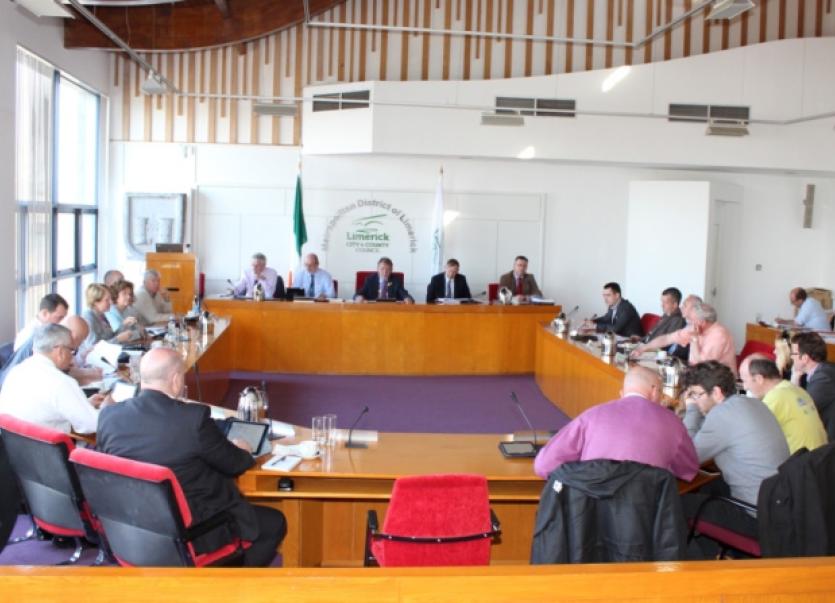 LIMERICK City Hall could be hosting civil marriage ceremonies in the council chamber, if members get their way.

LIMERICK City Hall could be hosting civil marriage ceremonies in the council chamber, if members get their way.

At this month’s metropolitan district meeting, Independent councillor John Gilligan moved that City Hall at Merchant’s Quay be made available as a venue for marriage.

And a senior council official has said he would be open to the idea of bringing weddngs to the local authority.

At present, civil partnership and marriage ceremonies outside the church are held at St Camillus’s Hospital on the Shelbourne Road.

Cllr Gilligan said the council building would be more appropriate.

“We need to give people some dignity on their wedding day, instead of hiding them in a hospital,” he said, “We have a beautiful chamber, and a beautiful area where people can pose for pictures. We also have a magnificent garden area now.”

“All we need to do is change our own mindset,” he added.

Fianna Fail councillor Shane Clifford backed this up, saying: “I think this is a great idea, particularly in light of the recent referendum.”

He then joked: “Maybe former mayors in their mace and gowns could perform the ceremonies?”

But Fine Gael councillor Marian Hurley was not so sure.

She said: “The current location is not the greatest. But equally I do not think this building is suitable for people traipsing in with white dresses when executives are trying to get on with their work.”

Instead, she suggested what will be the old courthouse building be used, once the courts service moves to Mulgrave Street.

Her view was backed by party colleague Cllr Daniel Butler.

But Sinn Fein councillor Maurice Quinlivan said there should be no issue with ceremonies at City Hall, as the chamber is not in use most of the time.

And Anti-Austerity Alliance (AAA) councillor John Loftus told Cllr Gilligan: “This is one of the smartest things you have ever come up with.”

Cllr Paul Keller, also of the AAA, added: “St Camillus is a dour, small room. There is no table, there is two rickety white chairs and some artificial flowers.”

But, he added: “If the registry office wished to examine here, I would be happy to entertain them.”