Limerickman to receive top US honour for ‘heroic’ actions 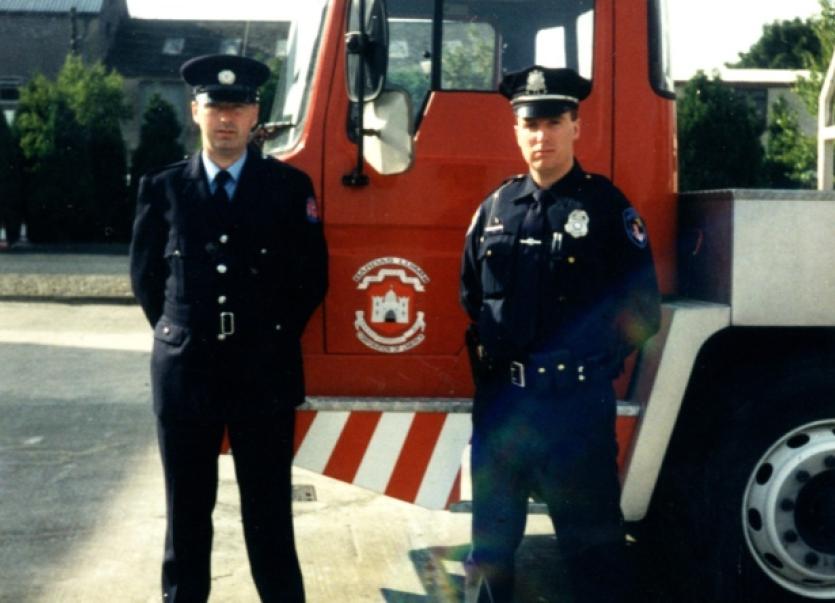 A LIMERICK man is to be given national recognition for his “heroism” in the United States after arresting a boy who stabbed a 16-year-old girl to death last year.

A LIMERICK man is to be given national recognition for his “heroism” in the United States after arresting a boy who stabbed a 16-year-old girl to death last year.

James (Seamus) Kiely, 50, from Garryowen, who works as a police officer in Jonathan Law High School, Connecticut, will receive a National Award of Valor in Florida next month, after preventing a “chaotic” incident when Maren Sanchez was stabbed to death, in April 2014.

The school’s staff nominated the former CBS Sexton Street pupil and Limerick Leader employee, in March of this year, and was selected by the National Association of School Resource Officers for the prestigious award.

According to a letter to the association, the horrific incident that made headlines all over world put the whole school in danger.

But the Limerickman “acted quickly...in the face of danger to protect the school” and arrested the suspect immediately.

The Limerickman, who travelled to the US to pursue a trade in plumbing in 1986, told the Limerick Chronicle that he is “honoured and proud” to get the award, but added that it is a “bittersweet feeling”, as he would “rather see Maren walking the streets again”.

The hero said the incident happened on the morning of the prom, where the suspect waited inside the school for the victim and stabbed her to death when he saw her.

Mr Kiely, who is a former member of the CBS Pipe Band, said he couldn’t reveal the core details of the incident as the court case is ongoing.

As a police officer for more than 20 years, he admitted that it was one of the “hardest” experiences of his career,

“I knew the girl, I knew them both. I actually said ‘Good morning’ to both of them when they arrived at school in the morning.

“There was kind of mixed emotions, and the day itself was kind of a blur. The weeks that followed is the big thing; trying to support the staff and the kids at the school, and giving them the help they needed to get through the whole thing,” he said.

His brother Pat Kiely, who is a station officer at the Limerick Fire Services said he is “proud” of James, who is known as Seamus at home.

He said James is “very much a Limerick man” and returns to his hometown whenever can, especially during Christmas time. He added that his parents, who are both deceased, “would be very proud” of their son’s achievement.

James is married to Susan, formerly of Lenihan Avenue, Prospect, and has one son, Morgan, aged 14.

James will receive his award of bravery on July 7.

For more on this story, pick up the Limerick Leader weekend editions.