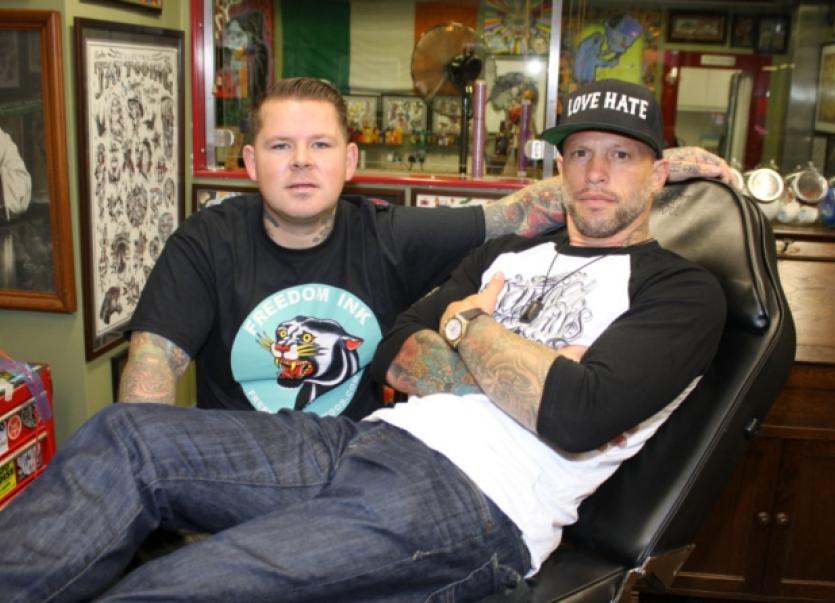 LIMERICK tattoo artist Ross Nagle has paid tribute to the “amazing support” a charity fundraiser he held at the weekend received.

LIMERICK tattoo artist Ross Nagle has paid tribute to the “amazing support” a charity fundraiser he held at the weekend received.

The Limerickman, who is considered to be among the best tattoo artists in the country, had a queue around the corner stretching from his shop - Allstar Ink on Wickham Street - on Sunday as he held a charity event for ACT for Meningitis.

The event was to raise awareness of the disease and was held in honour of his daughter Lola, who sadly passed away as a result of meningitis at the age of one and a half in April.

Ross and his team inked out more than 200 butterfly tattoos on the day in memory of Lola, who he and partner Ruth referred to as “our little butterfly”, raising an estimated €20,000 in the process.

“I’ve never been prouder of being a Limerickman as I was yesterday (Sunday),” Ross wrote on his Instagram account after the event.

“Amazing to see a community give so much support. I’ve never seen anything like this, anywhere. I still can’t believe it. What a magic day for everyone to remember. Overwhelming is an understatement. I honestly can’t thank you all enough.

“The final count hasn’t been finalised yet but it looks like we’re up around the neighbourhood of €20,000 raised and we haven’t yet auctioned off most of the tattoo stuff kindly donated from my friends and family all over the world,” he added.

See www.actformeningitis.ie for more details and to donate to the charity.