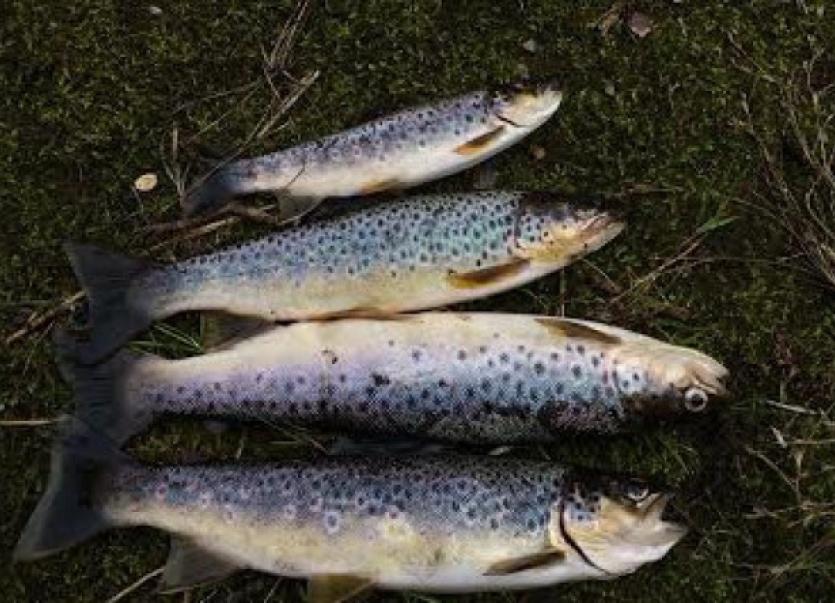 A COUNTY Limerick farmer agreed to pay €4,510 for remedial works on a river that effluent from his slurry polluted, killing some 650 fish.

A COUNTY Limerick farmer agreed to pay €4,510 for remedial works on a river that effluent from his slurry polluted, killing some 650 fish.

Brian McMahon, of Ballincrana, Kilmallock was also fined €1,000 and had to pay costs after he was prosecuted by Inland Fisheries Ireland. Mr McMahon pleaded guilty to two offences under the Water Pollution Act. The court heard that it had “a devastating effect on fish life” in the River Loobagh.

Michael Fitzsimons, senior fisheries environment officer, said 65,000 gallons of effluent escaped from a slurry tank. Not all of it entered the river.

Some 650 trout and salmon were killed after the slurry entered the Ballincrana tributary and then the River Loobagh in Kilmallock.

Brendan Gill, solicitor for Mr McMahon, said his client spent €70,000 in 2009 on the effluent system to comply with agricultural regulations.

“It was inspected by the Department of Agriculture and everything was in order. It is ironic that this farm waste management system, which he installed to comply with regulations, let him down,” said Mr Gill.

Mr Fitzimons said on the evening of August 4, 2014, he responded to reports that fish were dead in the River Loobagh.

“I found a lot of dead trout. I took samples and proceeded upstream to find the source,” said Mr Fitzimons.

In the Ballincrana tributary he found effluent coming across a field.

“There was a lot of green froth. It was clearly agricultural effluent. I saw a large tank which was the source,” said Mr Fitzsimon, who proceeded to the farm house.

He met Mr McMahon and they immediately went to the slurry tank.

“He checked the valves, closed one and it stopped. The second valve was not built into concrete. I put the safety pins in. I saw a JCB on the farm and asked him would he consider constructing earth dams. He said he would do it immediately,” said Mr Fitzsimons.

As “very good trout” and brooding fish were killed he said they are missing a couple of generations.

To help improve the recovery and encourage fish to spawn Mr Fitzimons described plans to create pools, weirs, place boulders in the river and add tonnes of gravel and rocks. This was costed at €4,510 which Mr Gill said Mr McMahon would pay forthwith.

Mr Fitzsimons said Mr McMahon did a very thorough job with the earth dams and also added an interceptor.

“In every aspect he was co-operative,” said Mr Fitzsimons.

Mr Gill handed a diagram of the valve, which should have been embedded in concrete, to Judge Marian O’Leary.

“He is a progressive farmer. He retained the services of a contractor and understood everything was done as it should. It is a most unfortunate incident. It was inspected by the Department of Agriculture and was certified that everything was in order.

“He immediately did everything in his power to stop the discharge,” said Mr Gill, who added that Mr McMahon has had a deduction of his agri-entitlements.

Judge Marian O’Leary fined Mr McMahon €1,000. Costs were agreed between the parties and not mentioned in court. Work on the €4,510 worth of improvements to the river is expected to start in September/October as that is the most suitable time of year.