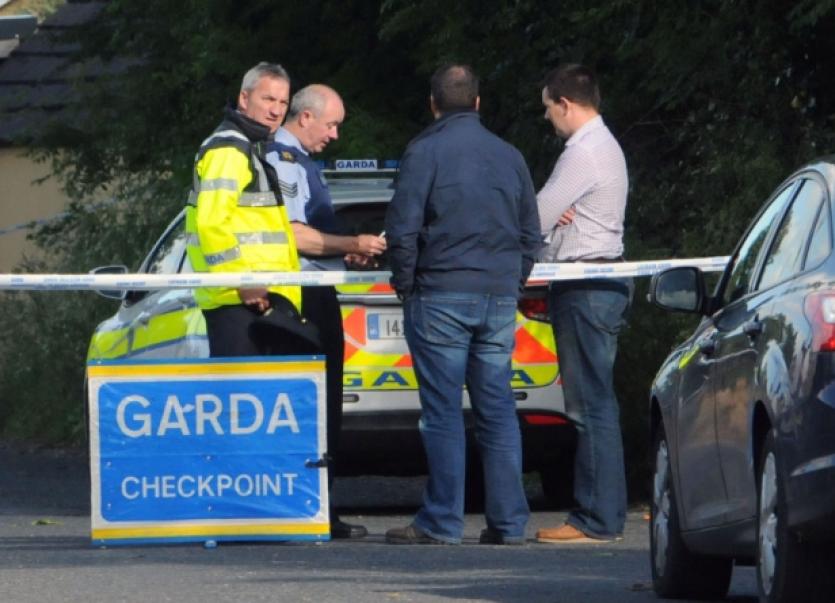 THREE men have been arrested following the fatal shooting of a 51 year-old father in Murroe yesterday.

THREE men have been arrested following the fatal shooting of a 51 year-old father in Murroe yesterday.

The three males, two in their late 40s and one in his 20s, were arrested last night in the Limerick area and are currently detained at Henry Street and Roxboro Road Garda Stations under the provisions of Section 50 of the Criminal Justice Act 200.

They can be held for up to seven days.

Gardai in Bruff are investigating the fatal shooting incident which occurred at a motorcycling clubhouse in Mountfune, Murroe, on Saturday afternoon.

Gardaí received a call just after 3pm regarding the incident. The victim was shot in the head by a man using a shotgun, and he was later removed to University Hospital Limerick where he was pronounced dead shortly before 5pm.

The scene was preserved pending a Garda Technical Investigation, and the office of the State Pathologist has been notified.

The victim, named locally as Andrew O’Donoghue, was a long-time member of Road Tramps Motorcycle Club Ireland, and many members of the club have been paying tribute to him online.

“There is one little girl this morning, with no father because he was executed yesterday,” wrote the administrator this morning on Father’s Day.

“My brother, Odd, gunned down today by scum. Words cannot explain how gutted I am. My best mate gone,” he wrote.

The deceased, who was nicknamed Odd, was described by friends as “an absolute gentleman, who would always put a smile on your face.”

Motorcycling clubs across the country and in England have also been sending messages of support.

Limerick councillor Noel Gleeson told the Limerick Leader that everyone is “shocked” by what has happened in this otherwise sleepy area near Glenstal Abbey and the picturesque Clare Glens.

“It’s a very quiet residential area. I heard after lunchtime what had happened, and a detour was put in place in the area and no one was allowed up there. There has never been any trouble out there before,” said councillor Gleeson.

The area, he noted, is frequently referred to as the ‘top road out to Doon’.

Gardai in Bruff are appealing for witnesses or anyone who may have any information to contact them on 061-382940 the Garda Confidential Line on 1800 666 111 or any Garda station.