Mayor of Limerick says 1916 centenary celebrations must be ‘inclusive’ 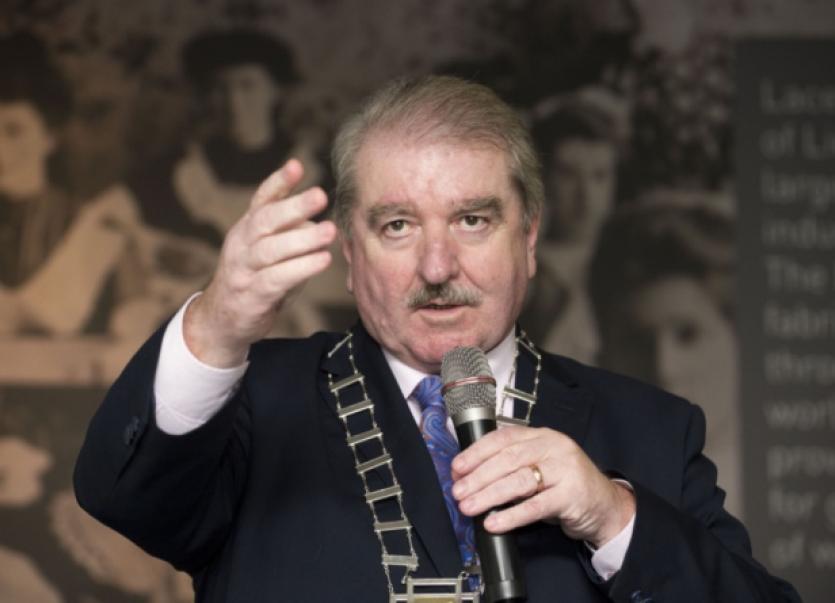 A SPECIAL committee has been set up by Mayor Kevin Sheahan to look at ways to mark the the centenary of 1916.

A SPECIAL committee has been set up by Mayor Kevin Sheahan to look at ways to mark the the centenary of 1916.

The Mayor’s committee met for the first time this week and is made up of representatives from all the political strands in the council. Its remit, Mayor Sheahan explained to the Limerick Leader was to come up with suggestions and recommendations which will then be put for approval to the full council.

However, he stressed, there would be consultation with members of the public also and he urged people who have ideas about how to mark the anniversary to get in touch with him.

A national committee has been set up to co-ordinate the 1916 commemorations under the guidance of Arts Minister Heather Humphries, Mayor Sheahan explained and both he and Damien Brady, the Limerick City and County librarian, had attended meetings in Dublin.

“We will take the guidelines offered at national level,” Mayor Sheahan said, “but we hope to have our plans finalised by October.”

He himself has suggested putting a Garden of Remembrance in place in each of the municipal districts and in the metropolitan district where there the 1916 proclamation would be engraved in stone. He also wants to see a copy of the proclamation in every school. “I would like to see Cumann na mBan remembered also,” he said, pointing out that the Limerick tunnel has yet to be named and this might be a suitable way to do so.

However, Mayor Sheahan stressed: “I want this to be very inclusive. I don’t want any individual or any one political part having or believing they have a special claim. This is for all the people,” he said.

The same 1916 committee has been asked to look at the issue of twinning, following disagreement among councillors last week on how many should visit Hohenlohe, in Germany next month.

Mayor Kevin Sheahan proposed that a “small delegation” made up of five councillors and an official would travel to Hohenlohe on a five-day trip. “That is not going to cost an arm and a leg,” he said.

“We have a very strong relationship with these people.”

But Anti-Austerity Alliance councillor Paul Keller was less sure. “I am not saying we decline,” he said. “I am not sure how many people went on previous trips but six does seem to my mind a bit excessive. I would like to hear the cost of this to the council.”

“Six is too many,” Cllr Maurice Quinlivan (SF) added.

Mayor Sheahan told Cllr Keller he would make the estimated costs available to him the following day.

But he suggested that the 1916 committee would look at the issue of twinning partners. Following the merger, the list of places with which the city and county are twinned was also merged, he explained but might now require some “pruning”.