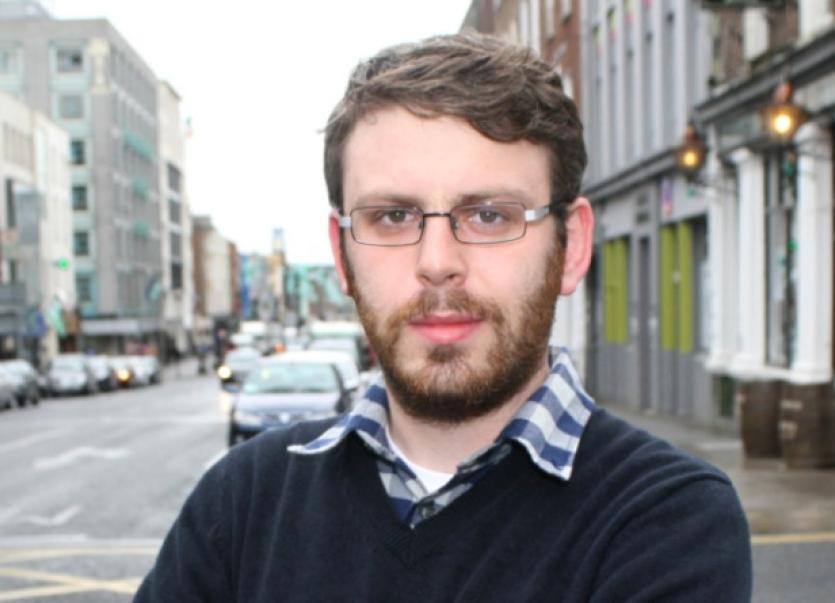 ANTI-AUSTERITY Alliance (AAA) councillor Cian Prendiville has been formally selected to run in the next general election.

ANTI-AUSTERITY Alliance (AAA) councillor Cian Prendiville has been formally selected to run in the next general election.

At a selection convention held in the city, the 25-year-old UL graduate was unanimously picked to contest the Limerick City constituency.

It will be Cllr Prendiville’s second time running in a general election. In 2011, he took over 700 first preference votes under the banner of the Socialist Party. Following his election to Limerick City and County Council, and the rise of the AAA in opinion polls, the Woodview councillor will be expecting an improvement on that.

“The AAA is making history here in Limerick. Having only been set up two years ago, in the local elections a year ago we became the joint third biggest group in the city. A year on, we have used that platform not to feather our nests, but to help detonate a mass movement on water charges. And now we are at most a year out from our first general election. It is a pleasure to be part of that movement, and an honour to be selected as a spokesperson and representative for it,” he said.

The four-seater constituency is expected to be a key battleground in the race for the Dail. Already confirmed to be running are Sinn Fein councillor Maurice Quinlivan, and Fianna Fail deputy Willie O’Dea.

It is expected they will be joined by outgoing Fine Gael TD Kieran O’Donnell, with Finance Minister Michael Noonan expected to join his party colleague on the ticket.

And Education Minister Jan O’Sullivan is also likely to run for Labour.

High-profile independents could also run, as could a representative of the new Renua political party.

Despite this, the AAA has said they believe they can win a seat, but acknowledged it will be “a momentous task”.

Meanwhile, an anti-water charges march is planned for Limerick on Saturday, starting at 2pm from City Hall. The protest comes as the first water bills are being sent out to homes here.