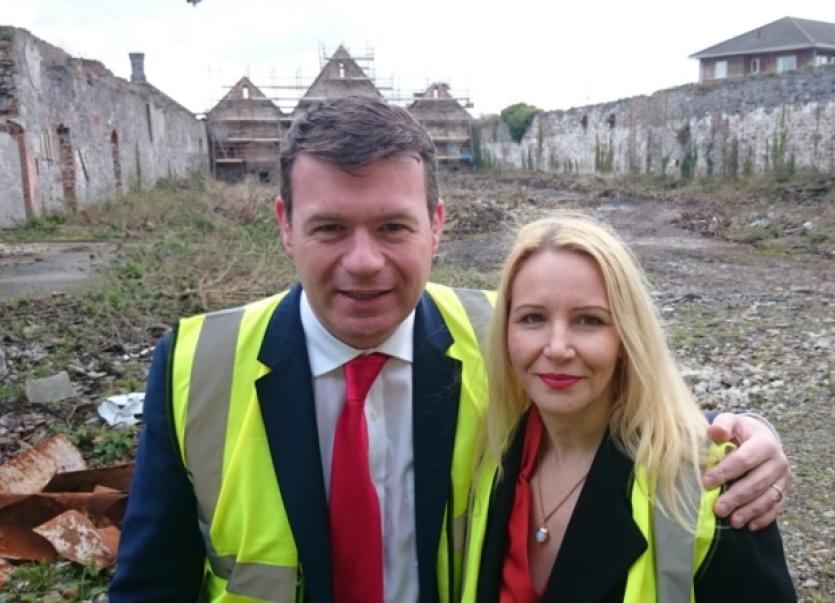 THERE has been a big welcome for a €57m investment in social housing announced by Environment Minister Alan Kelly.

THERE has been a big welcome for a €57m investment in social housing announced by Environment Minister Alan Kelly.

Mr Kelly was in Limerick last week to announce the county’s share of the government’s social housing programme.

In all, Limerick will get €57m in funding to build or retrofit some 753 housing units.

The move - which is separate to the ongoing regeneration process - could create up to 400 construction jobs, the minister said.

Fianna Fail’s city east councillor Jerry O’Dea said it will be the role of the council’s housing committee - which he is a member of - to ensure the project is seen through.

“It is easy to say things, but to make things happen is another thing entirely. We have had a lot of promises and talk, but I’d be hopeful this project will be seen through.”

Labour councillor Elena Secas was with Mr Kelly at the announcement at the old Tait clothing factory in Lord Edward Street, earmarked for development.

“Housing is the number one priority for government. Ambitious targets have been set for Limerick and I will be working to ensure that these targets will be achieved,” she said, “This important news reveals the Labour party’s strong commitment to social housing in Limerick with the recovering economy giving us the opportunity to put funding into areas where the Party’s core values are placed.”

It is anticipated that the works will take place between now and 2017, with Mr Kelly not ruling out further development here should Limerick’s local authority meet its target ahead of time.