Raging fires in the Galtees visible from space 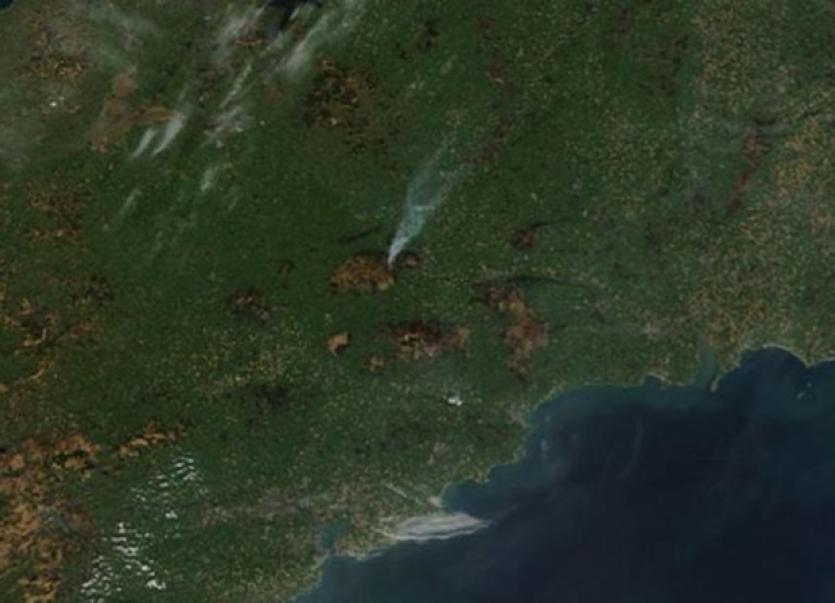 THE EXTENT of gorse fires on the Galtee Mountains is shown by the fact that it is visible from space.

THE EXTENT of gorse fires on the Galtee Mountains is shown by the fact that it is visible from space.

This photo from Image MODIS/NASA Earth Data shows smoke spiralling into the sky from the blaze. From speaking to people on the ground it appears fires are raging more on the Tipperary side of the border.

According to Topp FM, fire units from across South Tipperary are tackling a number of blazes on the Galtee Mountains. They were first called into action shortly after 8.30pm last night.

Limerick firefighters put out a blaze in Gooig, near Castleconnell on Tuesday evening. A spokesperson for Limerick Fire Service said: “We would remind people that at this time of year - and with the current good weather - areas of grass and scrub land are very dry and can easily catch fire.

“So care should be taken with any discarded cigarettes, and any fires should be supervised and set in a safe area where embers cannot travel and cause a fire nearby.”

Under the Wildlife Acts, it is illegal to burn growing vegetation on uncultivated land between March 1 and August 31 and that persons engaged in such illegal activity are liable to prosecution and could face fines and/or imprisonment.