Woman assaulted by trespasser in Limerick home ‘while in bed’ 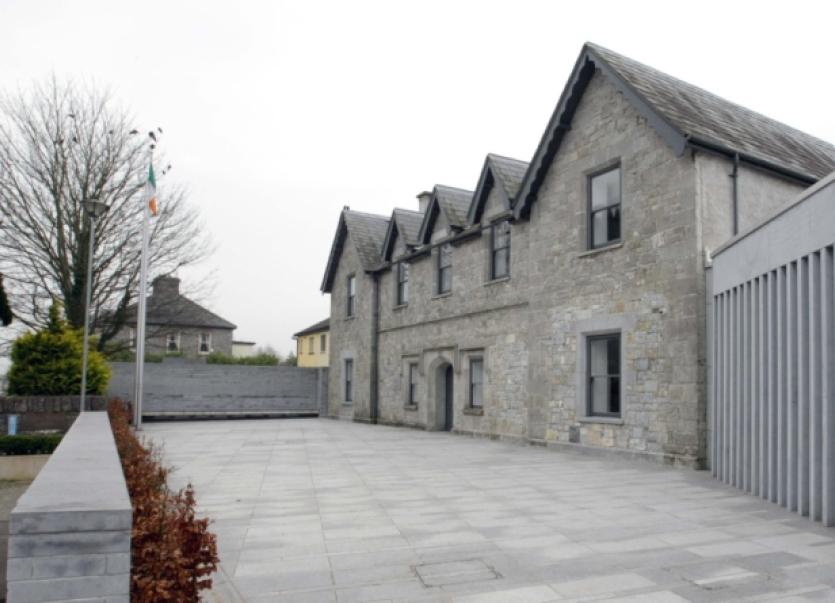 THREE women trespassed in a house and one assaulted a female asleep in bed, heard Kilmallock Court.

THREE women trespassed in a house and one assaulted a female asleep in bed, heard Kilmallock Court.

A defence solicitor for one of the accused said it was caused by “dishonourable behaviour”.

At the end of the case the judge said: “There must be more to the story”.

“They went upstairs and Michelle Coughlan hit the injured party in the face. They came into the house by trespassing,” said Sgt Leahy.

Solicitor, Brendan Gill – representing Michelle Coughlan and Cheryl Madden – interjected to say it was a slap.

A woman in the body of the court identified herself as the mother of the injured party.

“My daughter was boxed several times. I have photographs,” said the woman. Judge Marian O’Leary told her they were not before the court.

Sgt Leahy said whether it was a “slap, box or hit” there was an assault on the injured party. Mr Gill said there was no medical report.

“The injured party was in bed. They started shouting and roaring. Michelle Coughlan assaulted her [injured party],” said Sgt Leahy.

Mr Gill said the background to it concerned “one of the ladies’ boyfriends”.

“It was a poor decision by Ms Madden and Ms [Michelle] Coughlan to confront the gentleman in question. They went in through a window. I understand they may have been invited in. There was alcohol involved. They did go up the stairs. The assault was at the lower end of the scale,” said Mr Gill.

The solicitor said Michelle Coughlan – a mother of two children aged seven and 10 – admitted in her statement to gardai that she made contact with the injured party.

Mr Gill said Madden got caught up in a situation to support her friend. “She has a 12-year-old child. She is in a long term relationship. Her partner suffered a serious assault after this incident. She is caring for him. She is doing a Level 5 Fetac course,” said Mr Gill, who asked Judge O’Leary not to impose a formal conviction.

Darach McCarthy, solicitor for Melissa Coughlan, said his client is a sister of Michelle. He said the background concerned the behaviour of a male towards Melissa’s sister.

“My understanding is they were not allowed entry for a period of time then they were invited into the house. They were not invited upstairs. She didn’t make contact with anybody.

“She was shouting the odds against people behaving dishonourably towards her sister.

“She has never been in trouble before. If she hadn’t been sober and they needed a car she wouldn’t have been involved. She is in a steady relationship,” said Mr McCarthy, who added that it had caused Melissa Coughlan “some embarrassment as she works in a bar”.

“She very much regrets her behaviour,” said Mr McCarthy.

“I know they were invited in a window whatever that means. There must be more to the story,” said Judge O’Leary.

As the three defendants have no previous convictions the judge said she would strike the matters out if Michelle Coughlan paid €300 to the court poor box and Melissa Coughlan and Cheryl Madden paid €200.