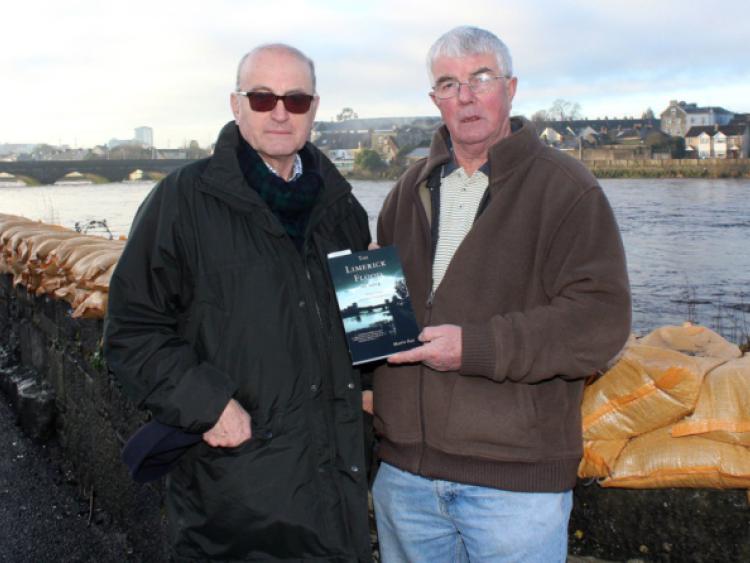 AS the one-year anniversary of the worst floods in Limerick approaches on February 1, a new book has criticised the council’s response to the disaster, and asks if the city will be adequately prepared for the next natural emergency.

AS the one-year anniversary of the worst floods in Limerick approaches on February 1, a new book has criticised the council’s response to the disaster, and asks if the city will be adequately prepared for the next natural emergency.

Martin Kay, who holds a PhD from the University of Limerick and is a former naval helicopter pilot, has penned a 166-page account of the flooding in the city’s northside, entitled The Limerick Flood of 2014 - Climate Change and A case of Unpreparedness, which he believes is “extremely provocative” in raising serious questions about the response of the local authorities, and how the disaster occurred in the first place.

“The book is a way of putting the whole story back together again. There were just so many competing truths that didn’t match up. To me the council’s response was a joke and a charade, and the statements [released to the press] were complete bureaucratic babble,” he told the Limerick Leader.

Among his criticisms is that no one from King’s Island has been nominated to a steering committee, set up last October – nine months after the floods – to oversee the design and delivery of permanent flood defences for the area.

The Office of Public Works has promised action of the €9m council plans for defences – beyond the placement of sand bags – but that design brief is ongoing. Sinn Fein councillor Maurice Quinlivan also agreed that “there is a deep concern in the area that there may be another flood”.

Mr Kay has also been critical of the volumes of water released by the ESB at Ardnacrusha and from the Parteen Weir on the morning of the flood, and the days leading up to it, which he said was “bloody lethal” given the simultaneous combination of other adverse weather effects.

One his disappointments relating to the transparency of what actually occurred that day is the failure by the council to release CCTV footage from the area showing the rate and volume of water that flooded the area. The council has said the release of such footage would infringe upon data protection issues.

He wrote the book, he says, because “no one will speak the truth” and he grew incensed by the disparity in the council’s official rhetoric and the views of residents on the ground.