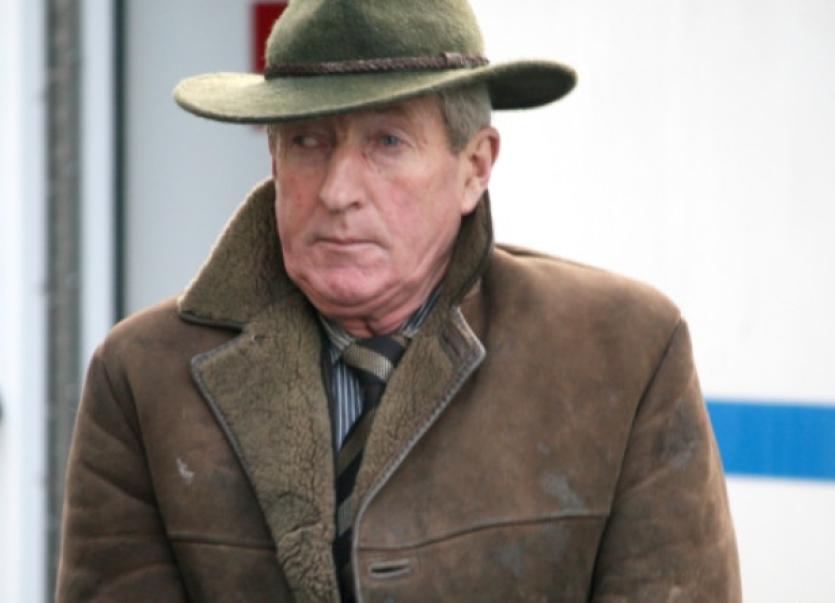 A FARMER who is accused of multiple counts of animal cruelty - dating back more than a decade - asked a judge if the court would accept a cheque when she set his bail at €15,000.

A FARMER who is accused of multiple counts of animal cruelty - dating back more than a decade - asked a judge if the court would accept a cheque when she set his bail at €15,000.

John Burke, aged 59, who has an address at Duncummin House, Emly, County Tipperary appeared before Limerick District Court after a bench warrant for his arrest, which was issued in 2011 was executed.

Seeking bail, Mr Bourke, who faces seven summons relating to alleged offences at rented lands near Bruff, told Judge Marian O’Leary he traveled to Britain in 2008 after a High Court judge imposed an Isaac Wunder order on him.

This prevents him from taking any future High Court action without the permission of the president of the High Court.

In the past, Mr Burke has brought judicial review proceedings relating to several prosecutions against him in Limerick and Tipperary but these were found to be vexatious.

Opposing Mr Burke’s application for bail, Sergeant Donal Cronin said he had received specific instructions from the State Solicitor to do so.

Noting that the High Court had ruled against Mr Burke and that criminal proceedings against him had recommenced, Sgt Cronin suggested he only left the country because “you knew the game was up.”

Mr Burke, who represented himself having dismissed two separate solicitors, insisted he left having read the contents of the Isaac Wunder order, which he said, “frightened me”.

However, he insisted he returned in recent weeks “to sort out all my affairs” and to take care of around 70 dogs on 44 acres of farmlands he owns in Emly.

The defendant insisted he was unaware of ten bench warrants which were issued for his arrest at various courts since June 2005.

Mr Burke, who is also facing proceedings in Limerick city and Tipperary said he needed bail to allow him care for the dogs, which, he said, are his livelihood.

Despite the State objection, Judge O’Leary said she was willing to grant bail subject to a number of strict conditions including that he live at his address in Emly.

A short time later he asked if the court would accept a cheque - to be told that only cash or a money order would suffice.

On Tuesday, Sgt Cronin said a number of penal warrants relating to offences in Tipperary had been executed over the weekend that Mr Burke is now in custody serving an eight month sentence.

He sought an adjournment of the Kilmallock and Limerick city matters until February 10, next when a date for hearing will be set.