Limerick protest to go ahead despite concessions on Irish Water 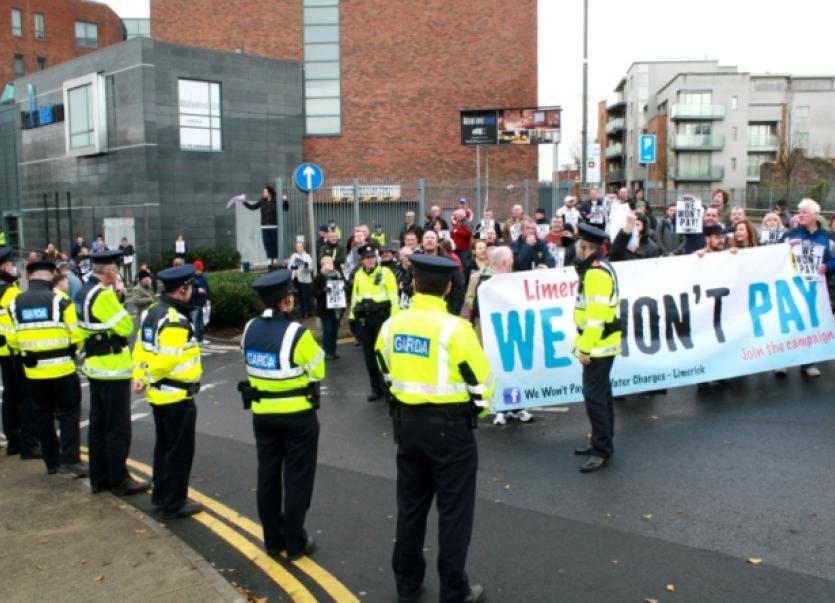 THE Anti-Austerity Alliance has said a major protest against water charges will go ahead as planned on Saturday week, despite a series of concessions from government.

THE Anti-Austerity Alliance has said a major protest against water charges will go ahead as planned on Saturday week, despite a series of concessions from government.

The demonstration is set to kick off at City Hall at 2pm, and there is expected to be a big turnout in spite of Environment Minister Alan Kelly’s address to the Dail this Wednesday.

The Labour TD has revealed that householders will pay no more than €260 per year for their water. He announced capped charges of €160 for single adult households, and €260 for all other households until January 1, 2019.

A €100 water conservation grant will be allowed in many cases, which means that water charges for people in a single occupancy household could be €60 annually.

Rural customers on group water schemes will also be able to avail of this grant.

Mr Kelly announced that specific legislative provision for capped charges will continue on after this date. He said people with water meters could pay even less, pointing out that metered bills will be charged at €3.70 per 1,000 litres.

On average, Mr Kelly said, customers will be paying €1.15 per week in a single person house. Water for all children under 18 will remain free, thanks to a children’s allowance of 21,000 litres per year.

PPS numbers will no longer be required to be supplied by people registering for Irish Water, while the state utility is to delete PPS details already supplied.

In neighbourhoods where water is deemed to be unsafe for human consumption, Mr Kelly announced customers will get a 100% discount for the duration the restriction is in place.

Customers in these scenarios will only pay for sewage provision.

If a household fails to register for Irish Water, a default bill of €260 per annum will be issued, and householders will be unable to apply for the €100 conservation grant.

Although Irish Water will no longer be able to cut off water supplies, Mr Kelly warned that there will be late payment penalties of €30 per month for a single person house, and €60 for other households, three months into the year following non-payment.

Landlords will be given power to take water charges off a tenant’s deposit, if they fail to pay for their water supply.