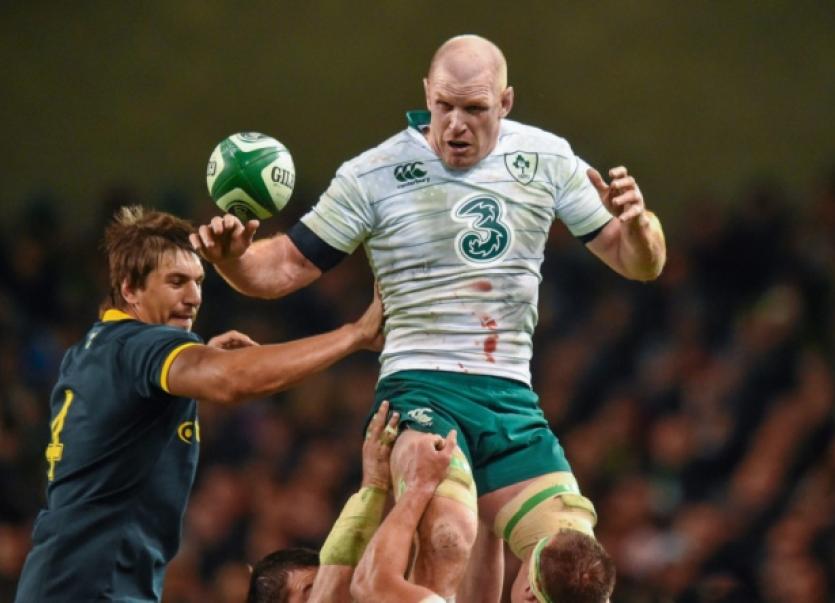 IF you would like to get a bit more up close and personal with some of Ireland’s rugby heroes, then grab your wallet and head along to an auction in Newcastle West on Saturday week.

IF you would like to get a bit more up close and personal with some of Ireland’s rugby heroes, then grab your wallet and head along to an auction in Newcastle West on Saturday week.

There, a number of rugby jerseys, donated by Paul O’Connell and Brian O’Driscoll, are up for sale to the highest bidder, along with a signed framed photograph. The money realised at auction will go towards the ongoing care, at home, of Adam Conlon, of Rooska, Carrigkerry. Adam, who was featured earlier this year in the Limerick Leader, suffers from a very rare, and life-limiting, condition and needs round-the-clock care.

The rugby mementoes will be sold, commission-free by O’Donovan Auctioneers as part of their Christmas auction of antiques and collectibles. The auction will include the contents of a Kildimo residence. Waterford Crystal, fine art, period furniture and other collectibles.

Adam Conlon is, at four-and-a-half years old, one of just 142 children in the entire world who has been diagnosed with Mowart Wilson syndrome and this extremely rare condition means he has bowel and heart problems –He has a heart murmur, suffers from epilepsy, is completely blind in one eye and the condition has also affected his intellectual development.

He doesn’t speak and he can’t sit, stand or walk on his own. He has to be carried everywhere and spent six months in hospital in Dublin last year where he had a bowel by-pass or illiostomy, one of just 15 operations he has had to endure in his short life.

But his mother Rebecca, who lost her husband – and Adam’s father – to cancer a few years ago is determined to keep Adam at home with his brothers Eamon and Jake.

The auction of the rugby items are part of a fund-raising campaign to adapt the family home in Rooska and to pay for the ongoing care Adam needs.

The auction takes place in O’Donovan Auctioneer’s premises in North Quay, Newcastle West on Saturday, November 29 starting at 11pm . The rugby items will be auctioned at 2.30pm.