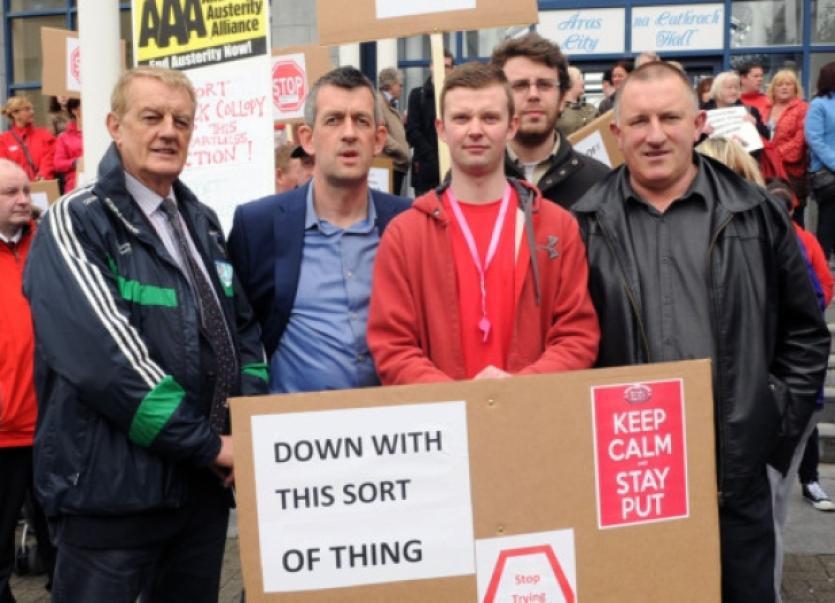 A YOUNG man who is facing eviction from the council home he shared with his late mother has had his case put back.

A YOUNG man who is facing eviction from the council home he shared with his late mother has had his case put back.

Patrick Collopy, 26, had been given notice to quit the small home in Bishop Street by Limerick City and \County Council.

The supermarket worker has refused to back down, saying that because his job gives him so few hours, he would be unable to afford to rent a home privately.

This Friday, July 4, he was expected to have his day in court, after he received a summons to appear.

But in a letter to his friends and supporters through his Facebook page, he said there is no need for them to turn up outside District Court for his case.

He said he has no more information from Limerick City sand County Council.

He confirmed the letter came from solicitors representing the local authority.

Mr Collopy was given notice to quit his house by May 21.

In preparation for this, he staged a protest outside City Hall, in a move which drew dozens of supporters.

The council wanted Mr Collopy to vacate the house under the two-year tenancy rule. A petition in opposition to this drew 2,000 signatures.