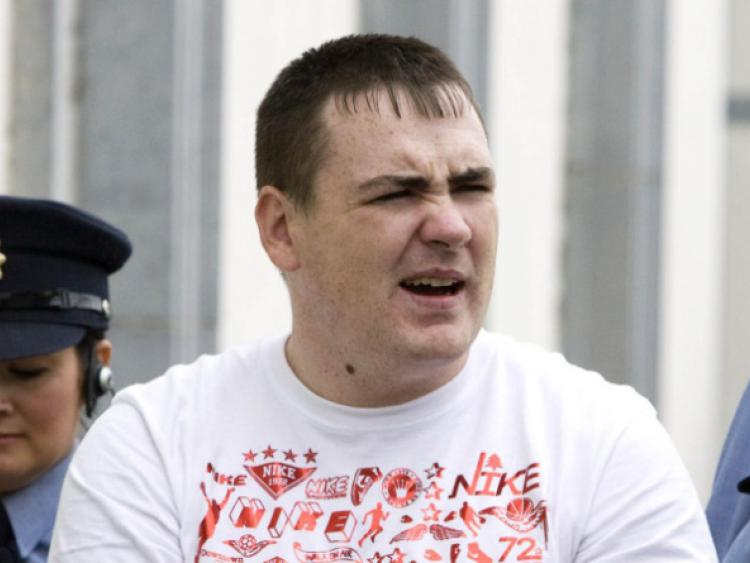 GARDAI are closely monitoring the activities of convicted criminal Ger Dundon who has returned to Limerick in recent days.

GARDAI are closely monitoring the activities of convicted criminal Ger Dundon who has returned to Limerick in recent days.

Dundon (27) who has an address at Hyde Road, Ballinacurra Weston was released from Wheatfield Prison in Dublin in January having served a lengthy prison sentence.

The former partner of April Collins, received a five year prison sentence in February 2011 after he was convicted of violent disorder following an incident in the Garryowen area in February of the previous year.

The prosecution followed attempts by Dundon and other members of the McCarthy-Dundon gang to collect €20,000 they believed they were owed by nightclub promoter Mark Heffernan.

It has been reported that Dundon, whose three children are living in Limerick with their mother, moved to the United Kingdom following his release from prison.

While gardai in Limerick were on high alert following his release on January 18, it is understood he did not return to Limerick until late last week apart from one brief visit before he departed for the UK.

Since his return to Limerick Dundon has been spotted in and around the family stronghold at Hyde Road as well as in the vicinity of Limerick Courthouse.

Dundon, who has more than 100 previous convictions also attended the Special Criminal Court in Dublin last week during the closing stages of the trial of his brother, Wayne, who is accused of ordering the murder of businessman Roy Collins in April 2009.

According to weekend reports, Ger Dundon, has returned to Limerick take care of personal business and he told the Sunday World he is “delighted” to be back in Limerick for the first time since his release from prison.

Gardai investigating the murder of Limerick native, Stephen ‘Dougie’ Moran (46) in Dublin last March are looking to speak with Ger Dundon about the death of his cousin who he stayed with for a number of weeks following his release.

According to sources, gardai have been on high alert since Dundon first arrive back in Limerick last week.