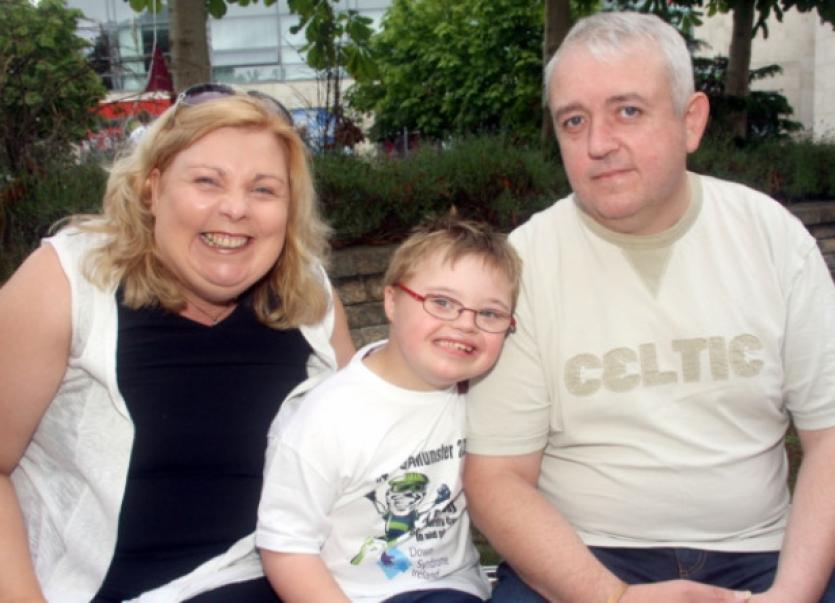 A CLONLARA lad with Down’s Syndrome has had his medical card restored after a year-long battle with the Government.

A CLONLARA lad with Down’s Syndrome has had his medical card restored after a year-long battle with the Government.

Ronan Woodhouse had his medical card withdrawn last year under the Government’s probity review, and his mother Noreen Keane has been fighting the cut ever since.

And their efforts have proven to be successful, after the Primary Care Reimbursement Service (PCRS) contacted Noreen to inform her that Ronan’s full discretionary medical card is to be reactivated. It will be valid until July 2015.

It comes as a major boost to the youngster, who needs round the-clock-care. Like many children with Down’s syndrome, he has a variety of related conditions, including asthma, hypothyroid and respiratory conditions.

“It is a huge relief to know that the medical card he has had since birth has been returned, and his medicine will be taken care of,” Noreen said.

The single mother added that the government’s U-turn on Ronan’s card will have consequences elsewhere.

“There are various cases which should never have happened, which have been wrong,” she said.

In her communication with the PCRS, Noreen was told that Ronan was a “non-intended consequence” of the probity review.

Although Noreen and Ronan will now take a well-earned summer break, she will continue to campaign to get a rebate on the expenses she incurred while her son’s medical card was out of use.

“There is the issue of compensation for people for vouched expenses they had for not being with the card. I am down about €2,000. Some people will be out of pocket for a lot more when it comes to paying for GPs and medication. I think the Department, if they want to right the wrong they have done, they need to compensate people,” she said.

Noreen and Ronan picketed Fine Gael’s party conference at the South Court Hotel in a bid to get Taoiseach Enda Kenny to hear their concerns.

Mr Kenny did not acknowledge the mother at that time. However, he later committed to a meeting with her.

But then just weeks later, he denied any knowledge of this.

Noreen also staged a six mile ‘Walk for Ronan’ to the PCRS’s offices in north Dublin. She paid tribute to father Kieran Woodhouse’s “unyielding” support through the campaign.

“Despite his own ill health having MS he’s been behind us the whole way, he played chauffeur on many occasions and accompanied us to the Dáil twice and several other events. Even though he couldn’t walk to the Dáil on Ronan’s walk he provided the backup vehicle for Ronan when he got tired,” Noreen said, “Despite not being a couple we are united as a family in what’s best for Ronan.”