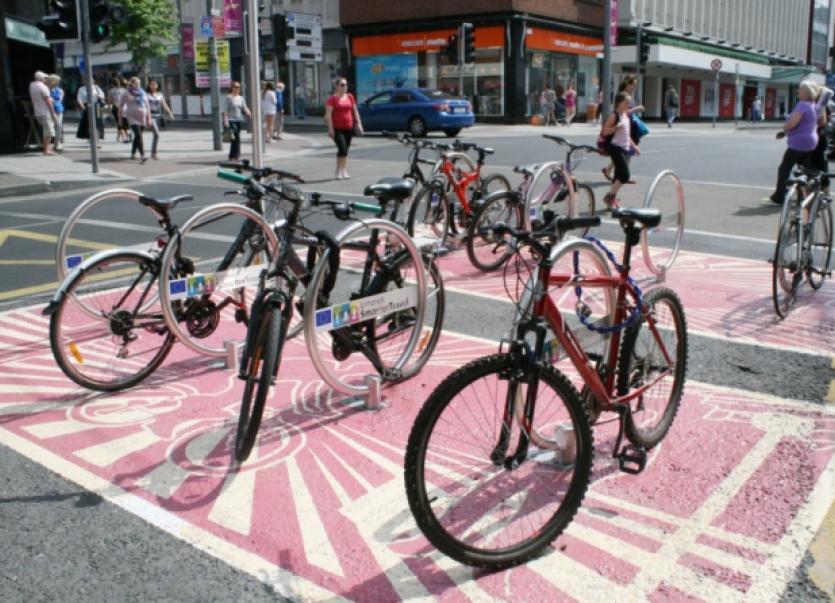 CYCLISTS are being warned to be vigilant when securing their bikes in the city centre following a spike in the thefts of pedal bikes in recent weeks.

CYCLISTS are being warned to be vigilant when securing their bikes in the city centre following a spike in the thefts of pedal bikes in recent weeks.

And gardai say they are concerned that at least four of the incidents related to bicycles which had been locked and secured to railings or other fixed objects by the owners.

“Unfortunately, with the popularity, now, of cycling, bicycles have become a profitable target for thieves and I would urge the public to take appropriate precautions,” said crime prevention officer, Sergeant Justin McCarthy.

“When locking or securing a bicycle to a fixed object such as railings or poles the frame and wheel should be secured with the lock or chain,” he added,

Meanwhile gardai are appealing for information about the theft of a number of bikes, which were stolen around the city recently.

“Witnesses saw a youth wearing a red coat with hood taking this bike and cycling away towards Ellen Street,” said a garda spokesman.

On the same day a white ‘Giant Hybrid’ bicycle was stolen having earlier been secured by its owners to railings at Robert Street.

Gardai say they are also investigating the theft of a number of bikes which had not been secured by their owners.

Those bikes were stolen from private homes at Gouldavoher, Raheen; College Court, Castletroy; Charlotte Quay and from a bike stand at the Crescent Shopping Centre.

Sgt McCarthy is appealing to all bike owners to photograph their bikes and to record the make, model and serial numbers when they purchase.

“This in itself will assist gardai in restoring any stolen bicycles to their rightful owners,” he said adding that additional precautions and advice can be found at garda.ie.