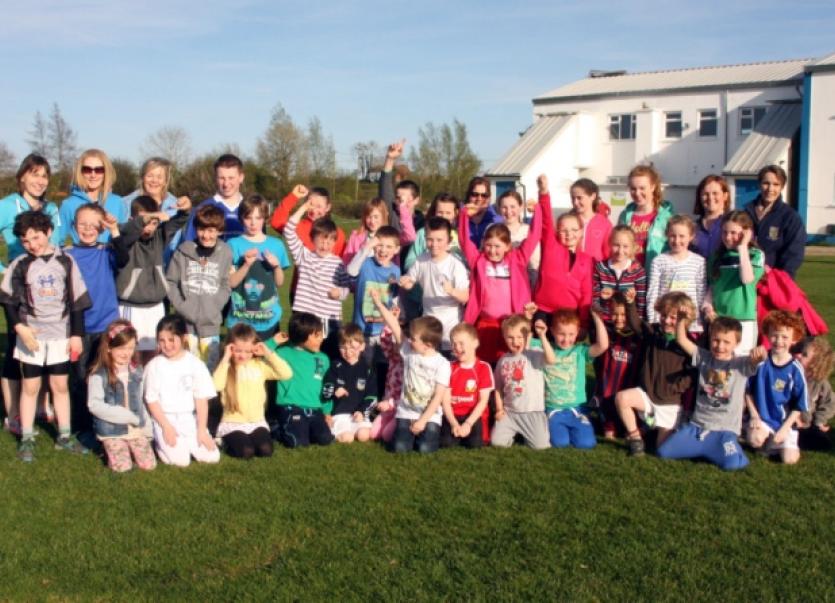 NOBODY in Feohanagh/Castlemahon can quite pinpoint how or when it came about but everybody is agreed that there is a new vitality to community life in this rural parish.

NOBODY in Feohanagh/Castlemahon can quite pinpoint how or when it came about but everybody is agreed that there is a new vitality to community life in this rural parish.

New, green shoots are evident all over the place: the parents association is back in action; Tidy Towns was renewed a number of years ago; there is a new drama group and last year, Feohanagh/Castlemahon rejoined the Community Games fold and signed up 115 members. A women’s group has formed in Feohanagh and in addition, Mahoonagh NS opened a new five-room extension last autumn and has 181 pupils.

But the single most visible indicator of this renewal lies in the beautiful large resource centre which is now nearing completion in the centre of Castlemahon village and which is due to open its doors officially next month. The push for the new centre both galvanised the community and is a symbol of how vibrant it is.

Like a lot of good things, it started small. The original idea for a hall began with the revived parents’ association who were keen to provide a place for the children to do PE or to play on a rainy day, explains Brendan Normoyle, who is secretary of the 15-strong hall committee. But that small idea grew and grew until the concept of a multi-functional centre, which would cater for the whole community, took shape and rooted itself in minds and hearts.

And like a dam burst, out flowed a whole new wave of enthusiasm. “We tried to think of ways to raise funds,” explains Tríona Quaid, who was a key figure in the re-emergence of the parents association. Tríona had been involved at one time in amateur drama and thought perhaps that putting on plays would raise funds. A meeting was called to gauge interest and the Feohanagh Castlemahon Players were born. “We have been together now for three years,” she continues, “and it has helped the community to knit together.” Crucially, she believes, it has brought different generations together. And now, she says, children in the national school want to go on stage in the new hall.

But apart altogether from opening up a new well of creativity in the parish, the drama group also succeeded in its original purpose, contributing €9,000 so far to the cost of building the hall. “We still have great crowds. There is a great following,” Tríona says. It has also brought the community closer together, laughing together, and sparked a sense of pride when they travelled to put on their plays in other communities.

Other fund-raising events over the past three years have also boosted the growing sense of community spirit. Up to 400 households took part in the non-stop draw organised by the hall steering committee, the committee secretary Brendan Normoyle points out. And concerts and race-nights have also brought out the support and the crowds.

The new resource centre, Brendan explains, will cost about €750,000. The single biggest slice of funding came from West Limerick Resources who gave a grant of €499,000. “We have raised over €110,000, most of it in the last 18 months,” Brendan says. “We just have €76,000 more to raise.” Apart from fund-raising events, money also came via Limerick County Council, from the parish funds and the JP McManus Fund.

Volunteer labour has also played its part, with people coming in to paint the building, fit the kitchen and so on, Brendan points out. But the best of everything is going into the new centre. It has a sprung maple floor in the main hall, air-conditioning and a stage opening that is as wide as that in the Gaiety. “It’s not that we planned it that way,” Brendan says, “but it’s interesting to know you can have facilities as good as that in West Limerick.” There will also be state-of-the-art sound and lighting systems.

“We will have a 48-channel lighting system, with four rows of lights, three on stage and one in front of the stage,” Brendan explains. And the centre also includes meeting rooms, dressing rooms and a kitchen as well as bathrooms. An added bonus will be that a new set-down space in front of the hall will provide a safe drop-and-collect for the school right next door.

The centre will be available for use by the school during the day and the plan is to host dances, concerts and plays as well as bingo and other community events. It will also be available for celebrations such as birthdays or anniversaries. And it will provide a new home for the set-dancing classes which have been going on for the past 15 years and for meetings of community organisations.

A huge amount of work and effort – and no small amount of volunteer labour – has gone into making this building possible, Brendan adds.

Excitement is growing in anticipation of next month’s opening, Mike MacMahon, the chairman of the 15-strong hall committee says and a number of big events, including a parish concert, are planned. “Everyone is looking forward to it. It is a huge achievement and a fantastic centre.”

But already, the people of Feohanagh/Castlemahon have claimed it as their own, a symbol of their community’s resilience and togetherness and a declaration of intent for a future.